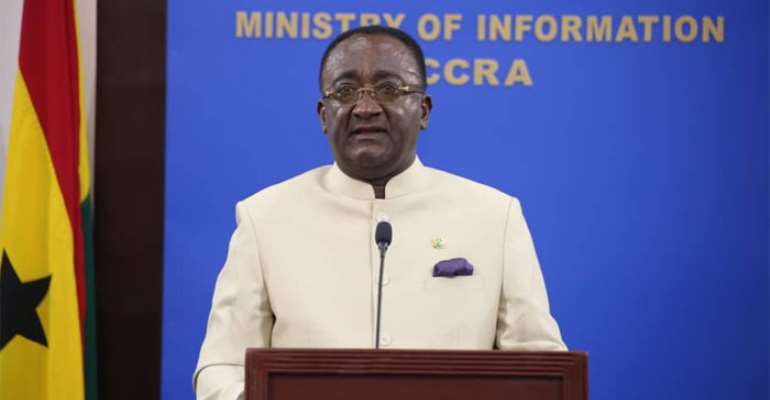 The 2017 National Best Cocoa Farmer, Yakubu Osman, has expressed gratitude to the government for increasing the producer price of cocoa from GH₵ 475 to GH₵ 515 per bag.

Speaking to the media, Mr. Osman said the price increment is a welcome news for cocoa farmers, considering the fall in the price of cocoa on the international market, and that farmers appreciate it very much.

He revealed that the Ghana Cocoa Board (COCOBOD) has introduced a good number of policies that are helping cocoa farmers to increase yields.

He cited hand pollination, pruning, the free supply of cocoa seedlings and free agro-chemicals, among others, as some of the good policies that are helping cocoa farmers across the country.

He was hopeful that the proposed supply of motorised slashers to be used for weeding and pruning of cocoa farms will materialise.

He asked COCOBOD to make sure there is an equitable distribution of the farm implement to cocoa farmers across the country.

Mr. Osman called on cocoa farmers to take advantage of the numerous interventions by the government and COCOBOD to produce more cocoa.

He further asked his fellow farmers to accept the new producer price in good faith, as it is a much better price when compared to that of neighbouring la Cote d’ivoire.

He also advised cocoa farmers to approach farming as a lucrative business and invest in it, instead of always waiting for agro-chemicals and other supplies from the central government.

He further appealed to COCOBOD to also supply its agro chemicals on time and as well, pay on time the compensation for farmers who allow their trees affected by the swollen shoot disease to be cut.

He again applauded COCOBOD on its decision to introduce electronic weighing scales, since that can help fight cheating but also called on Cocobod to educate farmers before the scales are introduced.