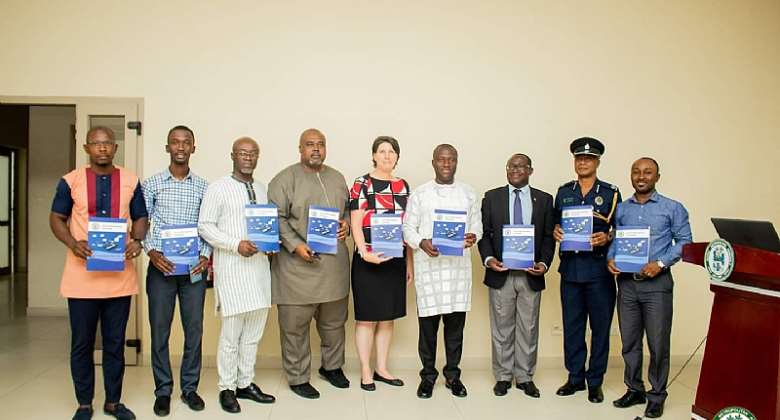 The proportion of vehicles speeding above the posted limit in the Accra Metropolitan area has increased from 68% in 2018 to 77% as of April 2019 resulting in a high rate of road traffic crashes.

This was contained in the second AMA Road Safety Report which was launched in Accra on Thursday in partnership with Bloomberg Philanthropies Initiative for Global Road Safety (BIGRS).

The report which analysed data from police crash reports, hospital records and observational surveys on road injury risk factors, showed that a higher proportion of motorcycles (86%) were observed speeding relative to other vehicle types; followed by sports utility vehicles (SUVs) (83%) and saloons (78%).

According to the report, 84% of road traffic deaths in Accra in 2018 were among vulnerable road users (pedestrians, motorcyclists and bicyclists); while 47% of deaths occurred on weekends.

The Mayor of Accra, Hon. Mohammed Adjei Sowah, who officially launched the report noted that key findings from the report should inform stakeholders in road safety to develop appropriate interventions and was hopeful that the efforts at the city-level would complement national efforts to improve road safety.

He said 84 per cent of road deaths in 2018, according to the report were among vulnerable road users while 47 per cent of the deaths occur on weekends.

He announced that, the AMA would embark on a mass media campaign and an enforcement drive on speeding in the coming weeks to help reduce speeding above the posted limit in Accra stressing that the economic and social consequences of road deaths, the costs of treatment and rehabilitation for severely injured casualties, should be a major concern for city administrators, road safety agencies and health professionals.

Mayor Sowah also called for attitudinal change among drivers towards speeding urging them to strictly adhere to the road traffic regulations in order to reduce the rate of crashes and fatalities being recorded.

The Surveillance Coordinator for AMA-BIGRS, Dr Raphael Awuah who presented the findings in the report indicated that in 2018, 75 per cent of males die in road crashes whiles 22 per cent of females die.

He further disclosed that "a higher number of road traffic crashes in Accra were recorded between 2 pm and 8 pm from 2016 to 2018, while a higher proportion of deaths occurred between 6 pm and 8 pm compared to other times of the day.”

The Central Commander of the Police Motor Traffic and Transport Department (MTTD), Assistant Commissioner of Police (ACP) Anderson Fosu-Ackaah in a remark said important elements in dealing with road crashes include the formulation of strategies for enforcement as well as appropriate policies and institutional coordination.

"This we think should include an understanding of the magnitude of traffic deaths, injuries and crashes as well as the road user types and age groups most affected. In addition, we must think about the geographical area, the risk factors contributing to the crashes in a particular space and time and the institutional structures necessary to address the road traffic problem", he explained.

He urged all road safety stakeholders to adopt the findings of the report in order to improve road safety outcomes in Accra.

A representative of the Greater Accra Regional Hospital, Sarah Nana Yeboah said the hospital had created an Emergency Society Chapter aimed at sharing best practices to solve emergency health case across the city.

Dr. Sara Whitehead of Vital Strategies and representing Bloomberg Philanthropies, stated, “These serious injuries and deaths on the roads are not random accidents. They are preventable, and the detailed analysis in this report shows where and for whom prevention efforts need to be targeted so that fewer Accra dwellers die on the roads.”