Did Ghana really lose a staggering $300M through the botched STX Housing deal? 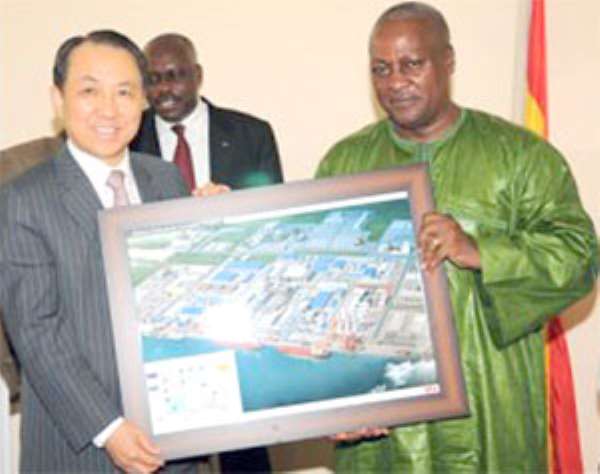 Somewhere in 2009, we were told by the Mills/Mahama administration that the STX Housing deal was going to provide about 200,000 affordable housing units to the country’s security agencies at an estimated cost of $10 billion.

However, due to multifaceted reasons, among other things, the negligence of Mills/Mahama administration, boardroom tussle between the project supervisors– STX Korea and GKA Airports Company Limited (STX Ghana), the deal, unfortunately, hit a dead-end.

Subsequently, President Mills had this to say during a press conference: “We have some difficulties with the STX project and as a president, I am eating a humble pie to say that we are looking for alternatives.”

The overarching question every concerned Ghanaian should be asking then is: what actually happened to the STX Housing deal?

Apparently, some credible sources had it that although the Government of Ghana fulfilled its side of the deal, it regrettably failed to take legal action against the partners in the STX deal for blatantly abrogating their side of the contract.

Interestingly, paragraph 3 of the Off-Taker agreement states: "The Government of Ghana, hereafter, GOG, hereby undertakes to issue and in favour of STX a government guarantee, under section 10 of the Loans Act 1970 (Act 335) securing its financial obligations in relation to the GOG Off-Take, valid and sufficiently viable to enable STX to obtain funding from financiers and investors for the forty five percent (45%) of the 200,000 housing units to be built under the Housing Project. In relation to this Off-Taker agreement and the government guarantee, the GOG shall waive its sovereign immunity."

In hindsight, if the Government of Ghana had defaulted on its agreement with STX, there could have been real and binding legal consequences.

Observers, therefore, fretted in thou souls that in all the contractual documents, there seemed to be no such legal statement made to ensure the responsibility of STX to honour its side of the deal.

It, therefore, came as no surprise to some of us at all when it was later reported that Ghana allegedly lost a staggering $300 million in spite of the fact that the deal did not materialize.

Interestingly, sources had it that at all material times, it was the then vice president, John Dramani Mahama’s office that handled issues concerning the STX Housing deal.

Strangely though, President Mills of blessed memory seemed apocalyptic about the whole deal, judging from his state of the nation address in 2010, when he had this to say: “the Vice President had traveled to Seoul, Korea, to nail the coffin' of STX.”

We can , however, recollect, albeit with extreme sadness, that although the STX Housing loan agreement which was supposed to provide affordable housing units to the security agencies did not materialize, the then vice president, John Dramani Mahama, is alleged to have given us a bill in excess of $300 million. How strange?

In a related development, after the failed deal with STX to build 30,000 housing units for the nation's security agencies, the NDC government entered into another deal with the GUMA Group, for the construction of 500 housing units.

The deal which was alleged to have negotiated by the then vice president, John Dramani Mahama, was widely criticized by various stakeholders, just as the STX deal, following the decision to side-line local construction firms in favour of the foreign company. The unusually high cost of the project was also a source of concern to many.

Little did some doubtful Ghanaians believe former Attorney General, Mr Martin Amidu, when he told Ghanaians that our late President, Mills, set up a committee to Investigate the purchases of 5 Brazilian Aircrafts, including Embraer 190 Aircraft and hanger for the Ghana Armed Forces, negotiated by the then vice president, John Dramani Mahama.

In fact, if we are to mull over Mr Amidu’s exposition, we can infer that the late Mills lost trust in his then vice president Mahama.

Some well-meaning Ghanaians thus believe that it was due to the countless dubious agreements which made Ghana’s debt ballooned from an arguable meagre GH9.5 billion in 2009 to an incredible GH122.4 billion by December 2016 with a little to show for.

Dearest reader, tell me, if the rampant bribery and corruption, dubious judgment debt payments, stashing of national funds by some greedy opportunists, misappropriation of resources and crude embezzlement of funds meant to provide developmental projects by some public officials do not warrant criminal charges, then where are we heading as a nation?

It would, however, appear that the political criminals have the licence to steal. And, if that was not the case, how come the offending politicians and their minions often go scot-free?

In the interim, the crucial question we should be asking is: will the day come when “Ghana’s political criminals” find they have nowhere to hide?

How serious are we as a nation when we can only descend heavily on the mobile phone, the goat, cassava and plantain thieves, and let go of the hardened criminals who persistently dip their hands into the national coffers?