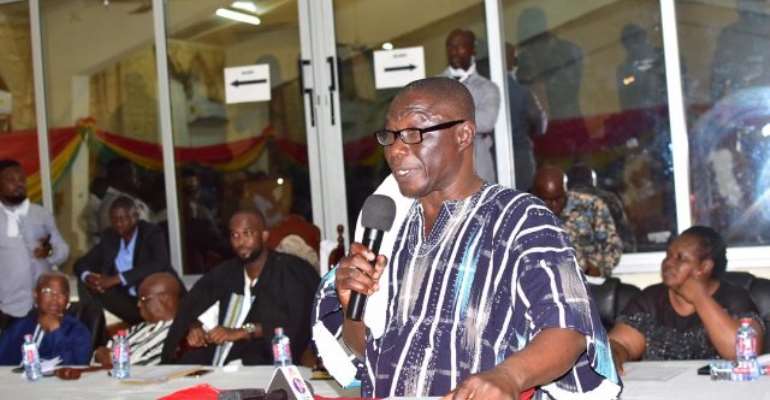 Prosper Pi-Bansah secured 100% endorsement after all the 41 assembly members voted in his favour.

The President's nominee, for the position of Ho Municipal Chief Executive, Prosper Pi-Bansah has been endorsed by the assembly.

All 41 assembly members who were present at the special meeting voted in Mr Pi-Bansah’s favor, giving him a 100% endorsement. He will replace dismissed former MCE, Nelson Akorli.

In his first address, Mr Pi-Bansah thanked the members for the overwhelming endorsement and promised to work towards lessening challenges that had plagued the municipality.

He hinted that his administration would focus on expanding access to health, improving sanitation, extending water coverage, ensure continues flow of water and also upgrade deplorable road networks in the municipality.

He indicated intentions to empower the police to raid wee and narcotic joints in the municipality, and as well punish persons found culpable.

Mr. Pi-Bansah, however, lamented on the none usage of the Ghana Urban Management Pilot Programme stores in the Ho Central Market, despite its completion some four years ago.

He promised to engage all stakeholders to unravel and resolve issues preventing the commissioning of the stores for use.