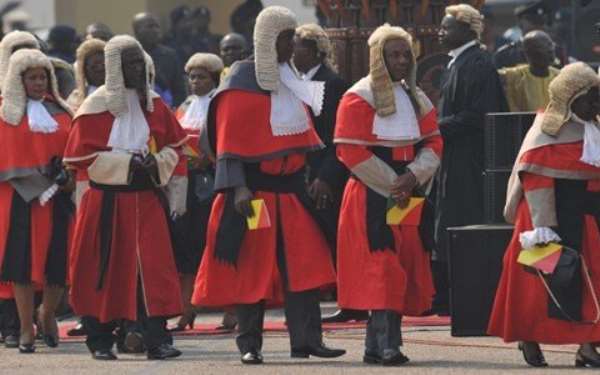 The Association of Magistrates and Judges of Ghana (AMJG) is demanding better working conditions for its members.

President of the Association, Justice Senyo Dzamefe, said members want an increase in salary and be spared the trouble of joining long queues when applying for a visa to another country.

“Our salaries are not the best,” Justice Dzamefe summarised the sentiments of magistrates and judges about their emolument.

“The Association is not happy the way Judges are treated when we apply for visas to travel. I have a harrowing story of one our very senior and respected Supreme Court judges…who was forced to join the public queue outside in the rain waiting for his turn to enter the U.S. Embassy for a visa interview,” he recounted.

The Association of Magistrates and Judges, therefore, wants members of the bench to be given the privilege to book an interview with a foreign embassy without having to join long queues.

The respected Justice was speaking at the 39th Annual General Meeting of the Association of Magistrates and Judges of Ghana.

“We think combining both makes the figures look too huge for the authorities hence the effect is that it is reduced…and it is affecting us,” he said.

The Association also wants the government to restore police escorts to judges on grounds that their work exposes them to vile members of the public.

“It is neither safe nor fair to withdraw our [police] escorts and literally push us into the public, mixing with the same people we convicted and sentenced to prison,” Justice Senyo Dzamefe said.

Present at the 39th Annual General Meeting was Chief Justice, Sophia Akuffo, who said she was confident that a paperless system for the higher and lower courts is possible within two years.