‘I Wanted To Resource The Party Structure ― Says Defeated Aspirant 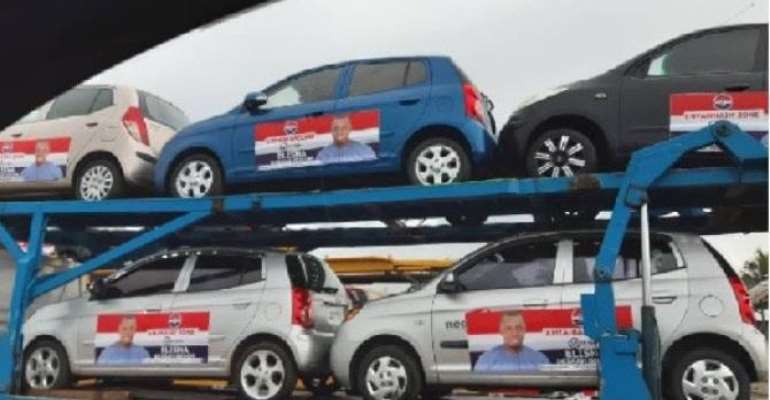 We write to unequivocally deny the allegation that we distributed cars to delegates at the just ended Parliamentary elections at the Ajumako- Enyan – Essiam Constituency. Right from the beginning, the import of our campaign was to build on resourcing the party through the electoral areas in the constituency. In the light of this, we proposed “one electoral, one business model”.

For business we meant cornmills, plastic chairs, mattresses and canopies for hiring, tricycles, cocoa spraying machines, taxis and other economic viable ventures that are indigenous to their localities, because I was exposed to the reality of the potentials of the people in the constituency, especially, the youth to be very productive and the fact that they lacked the capital, network and opportunity to connect to facilities and resources.

In as much as we desired to lead the party in the constituency to wrest power from the National Democratic Congress (NDC), there was a need to see the polling station executives being economically independent. To this end, a special arrangement was made with a car- dealership to procure ten small cars to be used as the benefit of all- party members and not just delegates in the nine zones of the constituency. This special arrangement was “work-and pay” kind as done in the normal scheme of things. The release and presentation of the cars was conditioned on the success of our candidature and as we speak now, the cars, have been sent back because having lost the election, we will not have the leverage to guarantee compliance of the payments schedule as agreed with the car- dealer.

Therefore, no delegate has been given a car as being reported in the media. And it is unfortunate that the innovation has received a negative reportage. That notwithstanding, we are still committed to supporting the party to deliver on the “one electoral area, one business” proposal as mentioned in our campaign.