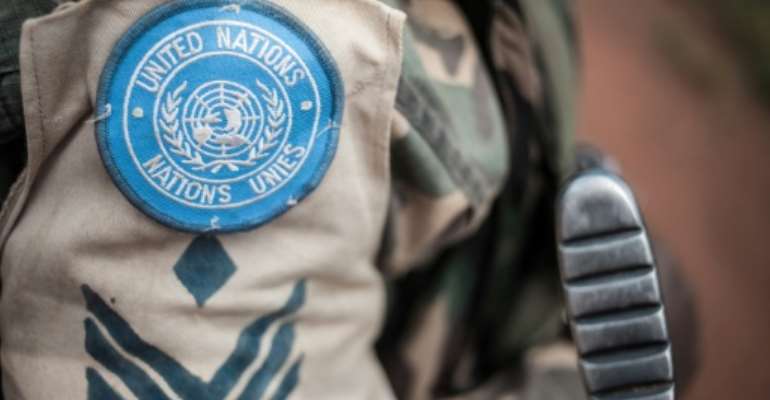 A combat helicopter used by the United Nations peackeepers in the Central African Republic crashed while returning from an "operational mission". By FLORENT VERGNES (AFP/File)

Three Senegalese crew were killed and a fourth was injured when a combat helicopter used by United Nations peacekeepers in the Central African Republic crashed in the west of the country, the UN force said on Friday.

"It is with immense sorrow that I have learned of the crash of a Senegalese combat helicopter as it was landing at Bouar, leading to three deaths and one injured," the head of the MINUSCA mission, Mankeur Ndiaye, said on Twitter.

The crash of the Russian-made helicopter was confirmed by the Senegalese army in a statement.

It was "returning from an operational mission" for MINUSCA when the accident occurred, it said.

On Thursday, MINUSCA carried out an attack on an armed group called 3R at Koui, in the northwest of the country, several officials in UN force told AFP, speaking on condition of anonymity.

Separately, the rebel group said late Thursday that its bases had been bombarded by UN forces.

The 3R had been challenged by MINUSCA the day before to hand over those responsible for the killing of 46 civilians in the Paoua region in northern CAR in May.

Only three individuals have so far been turned over to the authorities.

The country spiralled into bloodshed after Bozize was overthrown in 2013 by the Seleka alliance.

Since then, fighting has forced nearly a quarter of the country's 4.5 million people to flee their homes and rival militia groups control most of the country.

In February, the government and 14 armed groups signed the eighth in a string of peace deals.

Under it, rebel chiefs were given government positions, and a confidence-building process was to begin whereby army troops and militiamen would carry out joint patrols.

But the accord has remained extremely fragile and breaches of it by the rebels occur almost daily.

The 3R was one of the signatories. Its leader, Sidiki Abass, also known as Sidi Bi Soulemane, had been appointed military advisor to the government under the pact, but stepped down on September 4.

The 3R -- from the French words for Return, Reclamation, Rehabilitation -- emerged in late 2015 purportedly to defend the Muslim Fulani, or Peul, people from Christian anti-Balaka militias.

In 2016, Human Rights Watch (HRW) issued a report that implicated the 3R in the deaths of scores of people as well as rape and wide-scale civilian displacement.

One of the UN's biggest peacekeeping missions, MINUSCA has nearly 13,000 troops and police in the CAR in support of the elected president, Faustin-Archange Touadera.