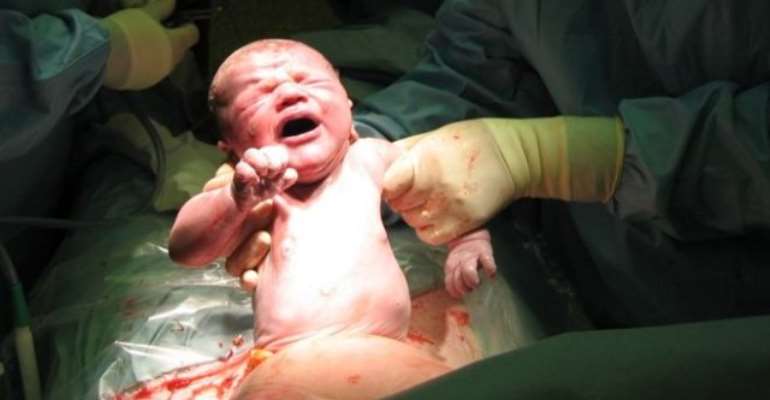 Planned Caesarean delivery can be the safest option for women who have had a Caesarean in the past, according to new research in PLoS Medicine .

Attempting a vaginal birth was linked with a small but increased chance of complications for mother and baby compared with repeat Caesareans.

The findings come from more than 74,000 births in Scotland.

Experts say mums-to-be should be offered a choice of how to deliver - natural or Caesarean - when possible.

A recent investigation by the BBC's Victoria Derbyshire programme suggests this is not always happening, with many women requesting a Caesarean being denied one. What is a Caesarean birth?

Caesarean sections are when a baby is delivered by making a surgical cut into the abdomen and womb.

More than one in four births in the UK are by Caesarean. Half of these are planned or elective and half are emergency.

Which is safer - natural or Caesarean?
Birthing carries risks whichever way it is done.
The research carried out in Scotland compared the risks of a planned or elective Caesarean with vaginal delivery (in women who had had a Caesarean in the past) and found:

According to the Royal College of Obstetricians and Gynaecologists, in most cases, women can safely be offered the choice of either because the associated risks will be low.

Generally, after one Caesarean about three in four women who go into labour naturally give birth vaginally, while one in four ends up needing an emergency Caesarean.

An emergency Caesarean has more risk than a planned one, which women need to be made aware of. Pros and cons

Recovering from a Caesarean can take longer and there is a risk of infection and bleeding from the operation. More scar tissue occurs with each Caesarean, which increases the chance of the placenta growing into the scar during future pregnancies and causing complications.

There are also small risks to the baby with Caesarean birth which include temporary breathing difficulties and being accidentally cut (which happens to around two in every 100 babies, but usually heals without further harm).

A vaginal birth can mean a shorter hospital stay, a quicker recovery and return to everyday activities such as driving, and avoiding the risks of an operation.

But it can sometimes lead to a tearing of the perineum - the skin between the vagina and anus.

Additionally, for women who have had a previous Caesarean:

A vaginal delivery is not advisable if a woman has had three or more previous Caesareans, say guidelines .

Dr Pat O'Brien, consultant obstetrician and spokesperson for the Royal College of Obstetricians and Gynaecologists, said the new research provided useful data to inform women and clinicians when discussing and making decisions around birthing plans.

He said: "Women can be assured that in most cases it is possible and safe to have a vaginal birth, or a planned repeat Caesarean birth, after a previous Caesarean birth.

"A detailed conversation with a woman and her senior obstetrician should take place so she can make an informed choice about the safest way she can plan to give birth and be supported by a team of specialists."