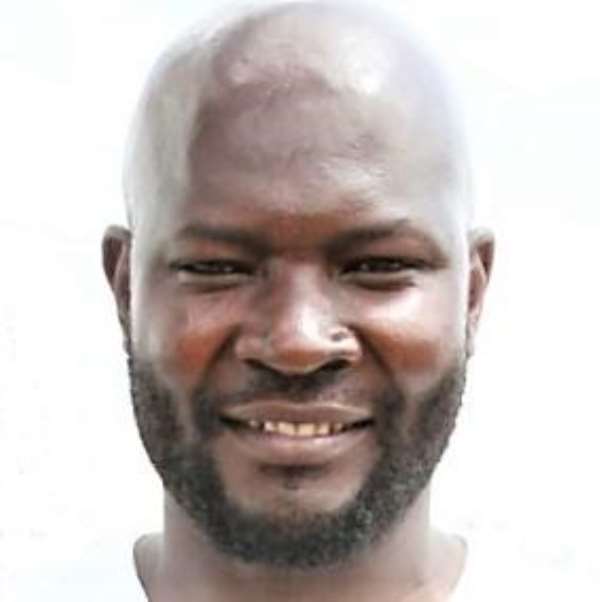 After Soviet collapse, Russia has maintained strong and time-tested relations with African countries, and of course, the Soviet Union had played an important role during the decolonisation of Africa. The African continent comprises a diverse collection of countries, each with its own set of development setbacks and challenges. The political culture and investment climate are, in fact, diverse but are important forces in the economy.

According to several development reports, Africa is one of the fastest growing regions in the world: the average annual GDP growth rate reaches from 3.5% to 5% on the continent. The reports have strongly encouraged African leaders to prioritise sustainable development as a step towards raising the living standards of millions of impoverished population and further guide against the revival of neo-colonialism, the destructive attitude towards the resouces in Africa.

In this wide-ranging exclusive interview, George Nyongesa, Senior Associate at Africa Policy Institute (Nairobi, Kenya) discusses, with Kester Kenn Klomegah, attitudes and perceptions toward Russia, economic cooperation between the two regions as well as Russia’s role in sustainable development in Africa and expectations from the forthcoming summit in Sochi, Russia.

African leaders and business people will be in Sochi for the first Summit. What are the perceptions and attitudes toward this new dawn in the relations? How do the political and business elites interpret the benefits of the new relationship for both Africa and in Russia?

The impending Russia-Africa Summit is a timely and opportune congregation given current global events involving Africa’s traditional partners – the US’ recent years’ protectionist policy, China’s trade wars with the US, Brexit from the European Union – all of which directly impact Africa’s economic reality. For African leaders and business people, the utility and strategic importance of the Russia-Africa Summit is tied to how aptly it addresses this immediate reality and outlines future prospects.

To-date the US, European Union, China, India and Japan have partnered with African leaders to pursue development goals for mutual benefit. Accordingly, these partners have long articulated their engagement plans for Africa through comprehensive frameworks such as the US-Africa Leaders’ Summit and Power Africa Initiative, the European Union-Africa Summit, the Forum for China Africa Cooperation, the India-Africa Summit and Tokyo International Conference for African Development. The first Russia-Africa Summit therefore signals the dawn of deeper and stronger relations between Russia and Africa as Russia takes on a more active presence.

At Sochi, African leaders and business community will be looking to understand the proposed Russian framework for political and economic cooperation going forward, particularly long-term cooperation that takes into account Africa’s risk profile and the current competitive landscape for those seeking to invest. The business community will be keen to identify in-roads and opportunities for African businesses to grow and thrive in Russia vis-a-vis Africa’s development priorities on Agenda 2063, SADC’s industrialisation strategy and AfCFTA platform.

During the parliamentary conference held in July, the Chairman of the State Duma stressed that “it is necessary to prevent the revival of neo-colonialism, the destructive attitude towards the African resources.” How would you explain neo-colonialism by foreign players in Africa? What countries are the neo-colonizers in your view?

Neo-colonialism could be viewed as the renewed interest and methods employed from western and eastern countries in relation to exploitation and management of Africa’s rich resources – both from an economic and political paradigm. Traditionally, Western aid for African development has been laced with conditionalities tagged to defending human rights and promoting good governance via anti-corruption campaigns. This approach has seen compliant countries favored and non-compliant ones sanctioned by such Western nations. The interference with independent states has widely been castigated as neo-colonialism in many quarters. The alternative development model offered under the Belt and Road Initiative has facilitated the rise of China to displace the West as Africa’s largest development partner.

With the entire African continent (save for one country) signed up to BRI, Western countries’ worries about China expansionism has escalated. In this regard, BRI has been hit with accusations of debt trap diplomacy as far as its roll out in Africa. This is because the projects are run by Chinese businesses and where African nations struggle to repay the debt, then China is primed to step in and run the projects. The warning is that these seemingly friendlier loan terms could foster unsustainable debt and economic drain on African economies.

Outside of the economic dynamic, China has been accused of supporting authoritarian governments by its loan terms, and that in default situations, China’s remedies result in significant geopolitical expansion for China. To counter the growing Chinese influence, the United States has itself set up an African focused development agency that facilitates American businesses to flourish in developing Africa. These hegemonic tussles make for the neo-colonial danger that sees these development partners prosper to the exclusion of Africa itself.

In fact, Africa needs investment in infrastructure, agriculture and industry, to create employment for the young graduates. What role can Russia play here, we are referring to Sustainable Development Goals?

Africa’s regional development priorities are largely articulated by the African Union’s Agenda 2063, the SADC’s Industrialisation Strategy and Roadmap, 2015-2063 and the implementation of the recently adopted African Continental Free Trade Area (AfCFTA). Briefly, these priorities include industrialisation for economic and technological transformation; competitiveness; and regional integration. Africa is keen to shift away from industrialisation powered by increased labour and capital investment, to one powered by efficient resource deployment in production processes. AfCFTA particularly presents a significant consolidated voice for African states to negotiate economic and trade opportunities in e-commerce, technology transfers, manufacturing growth, scholarship and training; and infrastructure financing. Additionally, each of Africa’s 54 states have nationally articulated development priorities. These development goals have been designed as steps in pursuit of the attainment of the Millenium Development Goals.

Towards achieving these goals China has offered as much as US$60 billion, Japan US$32 billion, and India US$25 billion, while large investment funds have also come from the United States and the European Union. Similarly, Russia could design a funding vehicle focused on supporting Africa’s development priorities, particularly industrialisation and trade facilitation, for mutual benefit. Russia could further share knowledge on its own steps towards the MDGs and train professionals with the relevant skills for development projects. Such training could either be by the rollout of inter-university student exchange programs or the collaboration amongst academia to teach relevant skills in local curriculum in vocational institutions.

With trade specifically, there are surging competition, rivalry and trade wars in Africa, and recently the adoption of African continental free trade. What is your interpretation of all these and how profitable could it be for corporate Russian exporters?

Russia has progressively engaged Africa on bilateral basis at country level, as well as through regional blocs such as AU and SADC, at continental level. The adoption of the largest trade agreement since the WTO, the AfCFTA, signals the exponential potential of Africa as a trading bloc, going forward. The intention of AfCFTA is to provide a significant consolidated voice for African states to negotiate economic and trade opportunities in e-commerce, technology transfers, manufacturing growth, scholarship and training; and infrastructure financing. It is anticipated that there will be an additional 1.3 billion people in Africa by 2050. This is a massive market for Russian corporates to explore if they can leverage mutually beneficial engagement at the AfCFTA level.

In your expert view, what are the key challenges and problems facing Russian companies and investors that wanted business operations in Africa?

Africa’s active business development partners have been the United States, European Union, China, India and Japan, but less so Russia. As such, there’s limited shared knowledge on the value proposition of development and business collaboration between the two. Additionally, the absence of an articulated collaboration framework has meant that African and Russian policy makers are yet to design appropriate collaboration channels and tools that would facilitate mutually beneficial investment and ease of doing business. Related gaps include the prevailing language and cultural barrier that is, as yet, to be actively addressed. These, coupled with other prevailing hurdles to doing business in Africa such as limited infrastructure, high local unemployment rates, semi-skilled workers and protection of local industries, have hindered the set up of local business operations by Russian companies and investors.

On the other hand, why the presence of African companies on the Russian market is extremely low? Why Russia is not attractive to African exporters? Under the circumstances, what should be done to improve the current situation, a two-way trade?

The African perception of Russia and vice versa has largely been painted by other Western powers that are active on the African continent. That public persona is not one that has been enticing for African exporters. As such, Africa’s knowledge of the opportunities in trading with Russia is significantly limited. Opportunities for driving up trade relations between Russia and Africa include the facilitation of trade expos that create a platform for investors and businesses from both parties to interact and understand the opportunities and challenges to their export and import businesses. In addition, continued interaction between Russia and Africa, such as through exchange programs for students, or business cultural trips, will facilitate the chipping away at the language and cultural barrier that in turn hinders easy trade. If both Russia and Africa are able to showcase the available market for each other’s products, then trade engagement is likely to increase.

Could we finally talk about media cooperation between Russia and Africa, social platforms and the use of soft power as important instruments for strengthening the relations? What are your suggestions to these aspects in the existing relations between the Russia and Africa?

As part of Russia’s desire to adopt a comprehensive strategic roadmap for a more integrated cooperation and to find effective ways of improving public diplomacy in Africa, the Russian government is supporting a pilot programme organised for African media groups for a two-year period from 2018 to 2020. The utility of this approach is to develop a cohort of champions that will facilitate a positive post-Soviet economic and cultural narrative, as well as demystify Russia for Africa’s political, business and general population. Through this, Russians and Africans will be able to leverage soft power to build trust from shared experience, shift towards normalisation of relations through increased familiarity, set the stage for increased reciprocity such as Russia granting accessibility for African correspondents to match Russia’s increased media presence in Africa. In a nutshell, there will be an avenue for demystification and contextualisation (getting to know the truth about each other through moderated content) and so help counter any negative public persona, share cultural experiences and begin to wear down language barriers. Interview made by Kester Kenn Klomegah in Nairobi, Kenya.