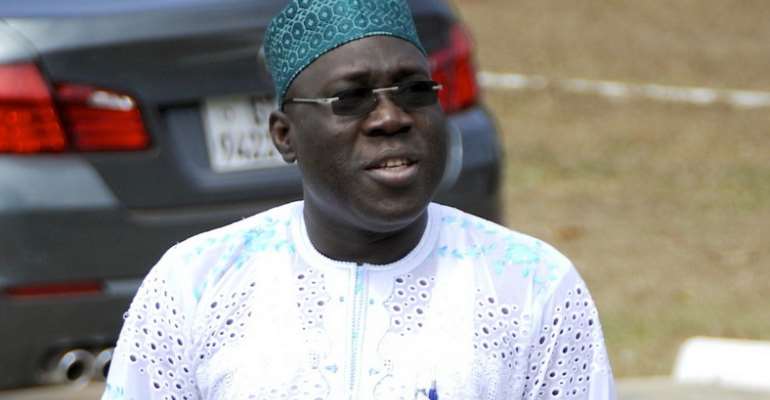 Member of Parliament for Tamale Central Hon. Inusah Fuseini says government is still in the business of political vigilantism.

According to him, the deceptive posture of government is worrying and that confirms the government’s unpreparedness towards disbanding political vigilantism.

He described the President’s posture very disappointing. “It is disappointed is simple, we’ve all agreed political vigilantism is a threat to national democracy so therefore should be disbanded.”

In his statement, the rejection of the recommendations of the Emily Short Commission suggests the president’s unpreparedness in disbanding party militia groups and that it is still in the business of political vigilantism.

He said the expectations are the president’s initial invitation of the two political parties and subsequently presenting a bill to parliament should have reflected.

This according to him, is a unique opportunity for the President to demonstrate to the country that he’s committed to fighting political vigilantism.

“But what we’ve seen from the white paper, government is still in the business of protecting its own,” he posited.

Government in a white paper rejected some major recommendations of the Emily Short Commission.

In the white paper government rejects the word “militia” adopted by the Commission in its Report. The Government disagrees with its use in the report as the word was not defined and discussed thoroughly as being applicable.

Government further stated that no such force as militia was present at the Ayawaso West Wuogon by-election.

Therefore, it does not accept the use of the word “militia” in the Report.