I Will Never Insult Anyone Let Alone The Asantehene -Dr. Omane Boamah 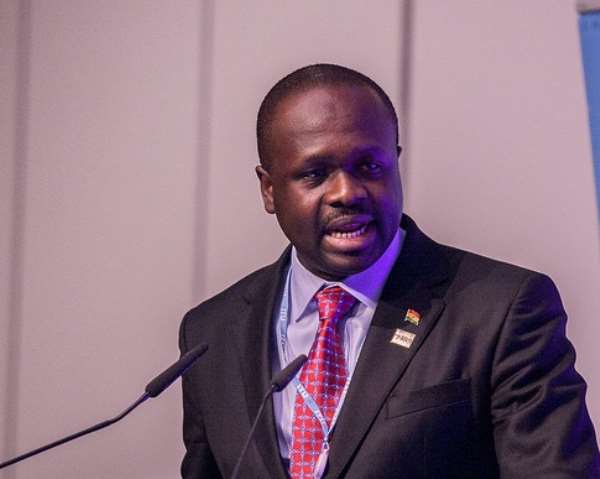 Dr Omane Boamah has flatly denied the attempts by Government led by Hon. Kojo Oppong Nkrumah, the minister of information to present a nonexistent case of he having referred to Otumfuo Osei Tutu II as a liar.

Dr Boamah, the former minister for communications and Presidential spokesperson insists he has never referred to Otumfuo on tweeter in his life.

In a sharp rebuttal on Facebook to the syndicated story to draw a wedge between him and the Asantehene, Otumfuo Osei Tutu II he stated, “For the avoidance of doubt and as shown in the tweets in this false story, this headline and the link to Otumfuo is wrong. I have not spoken about Otumfuo in a tweet.

Facts are sacred!”
Also,!Speaking on okay fm to directly debunk the nagative spin which Kojo Oppong Nkrumah put on his clarification of whether the Otumfuo persuaded his former boss, President Mahama to concede defeat in the 2016 elections or not, he further stated the current minister of information was purely doing propaganda.

He advised the minister to concentrate on feeding Ghanaians with accurate news about corruption in government, the PDS scandal, the Ayawaso West Wuogon Commission report and issues that can help alleviate the sufferings of Ghanaians.