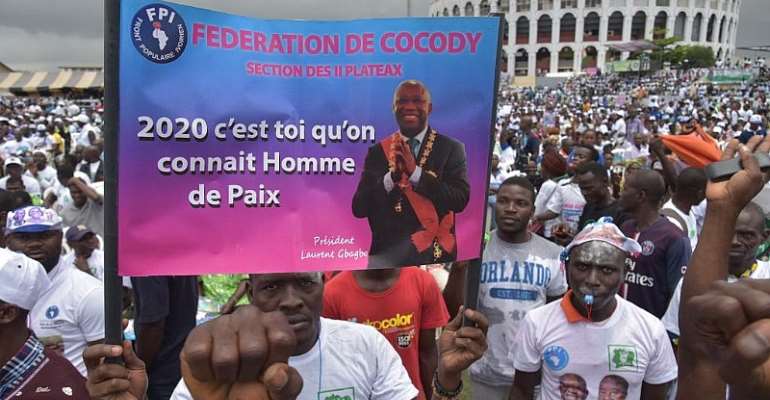 Victims of crimes against humanity have applauded the decision by ICC's prosecutor Fatou Bensouda, while supporters of Laurent Gbagbo and Charles Blé Goudé denounce it as further harassment.

The two Ivorians - who have been facing trial at the ICC since 2016 - were cleared of the charges by a panel of three judges in January 2019. However, prosecutor Fatou Bensouda argued that “the trial chamber committed legal and procedural errors”.

The prosecutor said that the judges issued a ruling, in January, on a "partially informed decision".

The judges had ruled in January that the prosecutor failed to submit sufficient evidence to prove the responsibility of Gbagbo and Blé Goudé for the specific incidents for which they were charged.

The judges found that the prosecutor failed to submit sufficient evidence to prove the responsibility of Mr Gbagbo and Mr Blé Goudé for the alleged crimes.

Bensouda said she would ask appeals judges to reverse the acquittal and declare a mistrial. If granted, it means that the cases against Laurent Gbagbo and Charles Blé Goudé start all over.

Bensouda said that there had been "incorrect and unreasonable assessment" of the findings, evidence substantiated by 82 testimonies and 4,000 trial exhibits.

Reactions
Laurent Gbagbo's lawyer, Emmanuel Altit, told RFI that he had expected such an outcome.

"It's a logical legal move from the prosecutor,” he said. “Her appeal is essentially based on legal technicalities.

“We, the defence team, will respond once the prosecution has filed the documents, that is in a month's time. Then, the Appeals Chamber will examine the case.”

Altit believes that this process will take another few more months.

Victims of the alleged crimes welcome the prosecutor's decision to appeal as the ICC, they believe, is their only place they will get justice.

On 6 August 2018, Côte d'Ivoire's president, Alassane Ouattara, granted amnesty to the perpetrators of crimes committed during the 2010 post-electoral crisis and up till may 2011.

Drissa Traoré is a barrister in Côte d'Ivoire and deputy chairman of the FIDH, the International Federation for Human Rights, an organisation which has been providing support to the victims

He told RFI that the ICC is the only hope left for the victims.

"We believe the prosecutor used this procedure to restart the legal process,” he said. “For us, it is a good thing because we want the cases to be fully examined.”

Gbagbo's supporters, however, claim that the decision to appeal is just evidence of further harassment.

"There is nothing in this case,” said William, a student in Blokauss village. “I don't know what the appeal will do.

“If he is innocent, he should walk free and come back home in Cote d'Ivoire. He's the leader everybody is waiting for.”

The supporters also believe that Bensouda has no evidence against Laurent Gbagbo and that she is behind a political manoeuvre to delay his return to Côte d'Ivoire ahead of presidential elections due in October 2020.

Gbagbo hasn't announced he will stand as a candidate as yet.

October deadline
At the ICC, prosecutor Fatou Bensouda has until October 15 to submit her case.

Then the Appeals Chamber has until December 16 to determine the merits of that appeal.

If they reject it, then the two Ivorians will be acquitted. If not, they will have to face further legal proceedings in The Hague.

Laurent Gbagbo and Charles Blé Goudé are not likely to go back to Côte d'Ivoire any time soon. The ICC will not allow them to travel while legal proceedings are ongoing.

74-year old Gbagbo will have to remain in Belgium where he was released - under conditions - in February.

As for Charles Blé Goudé, the former leader of the Young Patriots, he remains in The Hague as no country is willing to accept him.