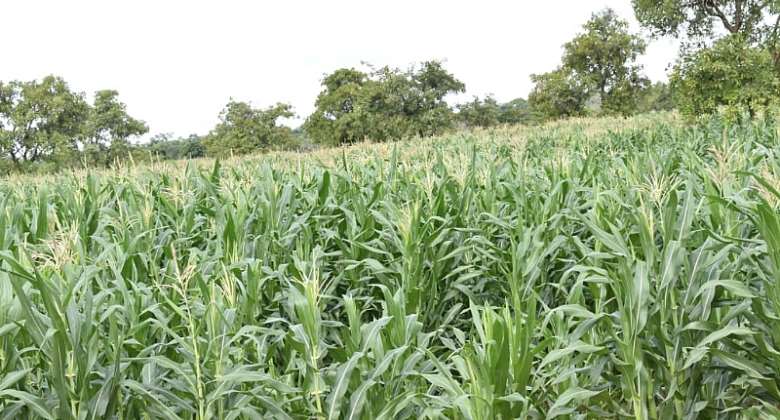 The Chief Executive Officer (CEO) of AWO Fields, a farming company in the Daffiama/Bussie/Issa District, Madam Joyce Okrah says her company is leveraging the Planting for Food and Jobs (PFJ) programme to help create jobs for the people.

This, she said, has contributed to reducing the incidents of youth migrating from the district to the southern sector to engage in activities such as illegal mining.

She said through the company, 205 farmers, including the youth, had been engaged in the production of soybeans and sorghum cultivation.

The CEO however requested an irrigation dam to enable them do all year round farming in the area.

“We want farming to be all year round. There are no much jobs in this area so we wish that we will be able to do irrigation so that we will be able to engage the youth and the whole community throughout the year to avoid migrating to the urban areas and also deal with especially some of them going to do galamsey”, she explained.

Madam Okrah also noted that the company, which started in 2016, supported farmers who would have otherwise not benefited from the PFJ programme due to financial challenges, to access imputes and mechanisation services.

She said AWO Fields had also provided ready market for its farmers which were a key component of agriculture.

Commenting on the success of AWO Fields, the Upper West Regional Minister, Dr Hafiz Bin Salih, noted that it was a clear indication of the success of the Planting for Food and Jobs programme.

“When we say the Planting for Food and Jobs is impacting positively on the lives of the people of Upper West Region, people doubt us, but we have come and you have seen what is happening on grounds and I know once you are here you will tell the story to the world.

This is an electrical engineer who has ceased the opportunity and she is cashing on the Planting for Food and Jobs. I am highly impressed about what I have observed”, the Regional Minister explained.

The monitoring team also visited the GAP Ventures, another farming company benefiting from the Planting for Food and Jobs programme in Gwollu in the Sissala West District, which had also cultivated 3000 acres of maize farm and is expecting to harvest 250,000 50kg bags of maize this year

Minority investigates impersonation of Adwoa Safo in 2022 bu...
20 minutes ago

2022 Budget: Majority’s precedent will haunt them – Minority
48 minutes ago