Eye on France: The terrible truth about Bob, Brino and Boris 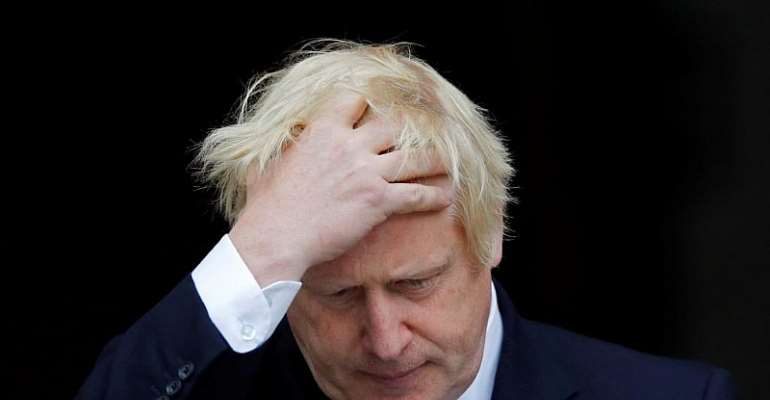 Brexit has profoundly altered the political landscape in the United Kingdom. But the decision of Her Majesty's subjects to leave the European Union has also changed the English language.

The linguists and scholars at French daily paper Le Figaro today turn their beady eyes to this very question.

The word “Brexit” itself is a prime example. Before 2012, the word didn't exist at all. Now you're left wondering how we ever managed without it.

The chaps and chapesses at the Oxford Dictionary of the English Language define it as a contraction of “British, or Britain, and exit”. Thank you for that. At least it's clear, which is more than you can say about the event itself.

“Bob,” used to be a boy's name, short for Robert. Now it's an acronym standing for what we all, more or less, are: “Bored of Brexit”.

And “Brino”? That's “Brexit in name only,” a term of disparagement used by hard-line leavers to express their distrust of people like former Prime Minister Theresa May, whom they suspect of not really wanting to leave, or of accepting some watered-down departure deal.

Which leads me to “Remoaners,” those losers who voted against departure and, in the estimation of the majority who wanted to leave, have never stopped complaining about their defeat.

To prorogue or not to prorogue?
Before Boris Johnson started his parliamentary drive to redefine democracy, none of us would ever have used or even known the word “prorogued”. Now we throw it around like potatoes at an Irish wedding. Some people even pretend to know what it means.

Some of the problems posed by the break-up have forced the cross-channel neighbours to use French, God be good to us! Unable to find a suitable term for the global judicial corpus of treaties, directives, bulletins and rules which link member states to the continental community, the departing have had to resort to the horribly foreign expression “les acquis communautaire”. Les hacky what?

Article 50 is not, strictly speaking, a linguistic problem. It's certainly a diplomatic one. It has been part of the European rule book since 2007 and the Treaty of Lisbon. The idea was to leave a door open to the then-unthinkable, that anybody might actually want to leave. The rules clearly state that any member state may decide to leave the union, provided such a decision is reached in conformity with the constitution of the departing nation. Unfortunately, as any schoolperson can tell you, the departing nation in the case does not have a constitution. Not a written one, at any rate. And that, as we've seen, leaves a large margin for error and idiocy.

Because nobody expected anyone ever to want to use Article 50, the details are few and far between, and do not define either the terms or the conditions under which departure might take place.

The best of all is the fact that Article 50 was the brainchild of a Frenchman, Alain Lamassoure. They should put up a statue of him in Trafalgar Square.

The brutal truth about the backstop
The much-talked-about “backstop” is so serious for my Irish countrymen, I'm not even going to try to be funny. A real backstop is a low-level safety device intended to prevent accidents. In a disintegrating Europe, with a land border separating the remainers in the Republic of Ireland from the leavers in Northern Ireland, which is part of the United Kingdom, you need some way of enforcing import and export tariffs, as well as of controlling the passage of individuals, without a return of the hated Border which saw modern Ireland brought to the brink of civil war in the 70s, 80s and 90s.

The Good Friday Agreement which brought peace to the island of Ireland in 1998 specifically abolished the border.

So the backstop is a safety-net proposal which would give Northern Ireland special status from a customs and excise point of view. Except that no one has come up with a workable version of such a device, which would be acceptable to all.

Boris the Brextremist!
But, back to the linguistics. Among the wonderful new words this crisis has given us is “Brextremist,” someone who wants to leave at all costs. Even at the cost of honesty, common sense and the destruction of the last shreds of the British Empire. The current prime minister, for example.

Boris Johnson has himself made a solid contribution to the capacity of the English language to express carelessness and arrogance in the face of unutterable chaos and catastrophe, as in “you're making an awful Boris of that”!

There are worse ways of going down in History! But not many.