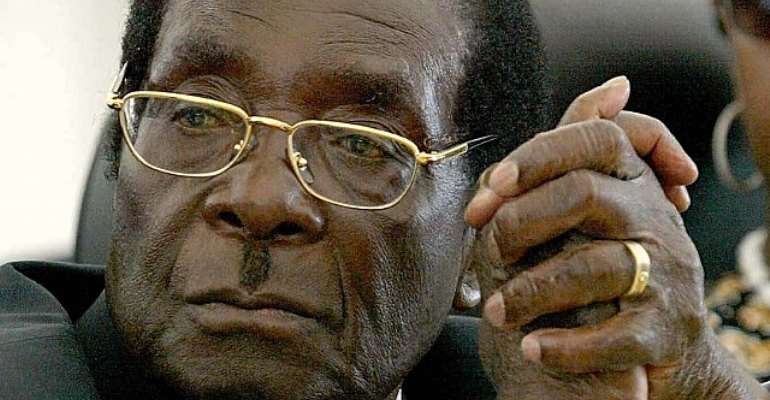 The US Edition of the British-owned Guardian newspaper described him in one of its sub-headed news articles as “Africa’s Fallen Angel.” That was clearly a stereotypical insult to the intelligence of global Africans. For, as far as most of us know, at best then Prime Minister Robert Gabriel Mugabe, of Zimbabwe, the former Rhodesia, was a great and forward-looking pioneer politician and a statesman until he inadvisably decided to become a megalomaniac in the mold set by Ghana’s President Kwame Nkrumah. Such move, invariably, began with a predictable shift from the Westminster-style accountable prime minister’s decision to be reelected as an “Executive President,” whereby these Independence-Era African leaders promptly ceased to observe their popularly mandated periodic accountability to the people who elected them through regularly answering questions vis-à-vis their stewardship posed to them by the elected representatives of the people or their parliamentarians.

Except for scattered exceptions here and there, nearly every African politician who led his people to independence by inheriting the Westminster system of governance, shortly after settling in and becoming comfortable with power, agitated for quick transition to Executive Presidential Leadership mode. Invariably, they, each of these individual leaders, gave the grossly erroneous impression to their largely illiterate or unlettered people that it was an imperative necessity for them to sever their ties to the neocolonialist institutional arrangements by which they had acceded to democratic power; that, somehow, in retrospect, the aforesaid arrangement did not bode well for the rapid industrial development of their newly freed countries.

The real truth of the matter was that they wanted more power to enable them to capriciously, and often malicious as well, impose their will and increasingly dictatorial tendencies on their people. Ghana’s Prime Minister Kwame Nkrumah led the way. He would be shortly followed by the likes of Messrs. Jomo Kenyatta, Julius Nyerere, Kenneth Kaunda and Dauda Jawara. That was precisely what happened in Zimbabwe, seven years after the Mugabe-led southern African country was granted sovereign status within the neocolonialist political arrangement of the erstwhile British Commonwealth of Nations, today simply known as The Commonwealth. Recently, Her Majesty, Queen Elizabeth, II, the British Monarch, handed over “diplomatic supervision” of her erstwhile British colonial subjects to her dauphin, to wit, Charles, the Prince of Wales.

At any rate, hell did not break loose until 1987, when Mr. Mugabe, then highly respected and a prosperous leader, even by global standards, also decided that he wanted to be like all the other megalomaniacs on the African continent before him. In a New York Times blog comment when I highlighted this fact in the wake of the passing of the Zimbabwean leader three or so days ago, another commentator reminded me that President Nelson R. Mandela was not the only exception to this normative political madness on the African continent, and that the Khama family of Botswana ought to be equally recognized in the same category as well. That presumably white-American commentator may very well have been right, except that I tend to envisage the Khama Dynasty in much the same way that I regard the Mswatis of Swaziland. But, of course, I am also well aware of the fact that Botswana operates a governance system that is relatively far more progressive and democratic in a way that is nonexistent in Swaziland.

The Zimbabweans are not out of the woods yet, as it were. There is still a once estranged Mugabe lieutenant by the name of Mr. Emmerson Mnangagwa in charge, moving dangerously close to 80 years old, if not already 80 years old. In short, it will be quite a while before a new generation shorn of the abysmally failed faux-socialist policies unseasonably pursued by that country’s Independence-Era Leaders take over the affairs of the country. At 95, Mr. Mugabe has lived life to its very fullest and richest, pun intended, of course. But when a democratically elected leader whimsically and uxoriously decides to create a dynasty with his 50-something-year-old “Bathsheba-like” wife, then, of course, there are still some humongous hurdles to overcome.

Ten, fifteen, even twenty years of autocratic personal rule may be tolerable sometimes, especially under the pioneering circumstances of Mr. Mugabe; but thirty-seven or even forty? Now, that is worse than colonial imperialism of the sort that qualified the late dictator to be aptly able to call himself a “Freedom Fighter.” It verges on the inexcusably criminal. And that is being extremely charitable, trust me.