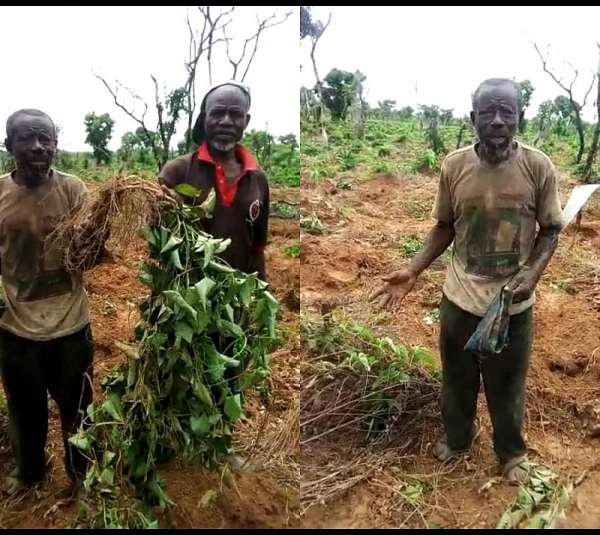 Elephants in the Mole National Park in the Savanna Region have destroyed several acres of farmlands in the Larabanga community near the park.

The Mole National Park is the largest wildlife conservation area in West Africa with close to over four hundred elephants among other species.

There have been several reports of destructions of farmlands by communities along the park.

Meanwhile, Indigenous Rights Organization, Settle Ghana has threatened to petition the lands and natural resources Ministry over dozens of indigenous farms around the fringe communities that are been destroyed by marauding elephants of the Mole National Park in the Savannah Region of Ghana.

Mr. Abu karimu, executive director of Settle Ghana, the non-governmental organization, made the call after visiting some destroyed farms in Larabanga,a farming community near the Mole National Park in the West Gonja District of the Savanna Region.

He said his organization is petitioning the government to as a matter of urgency create a fund to cater for the affected farmers who have been going through this especially this time of the year.

Hundreds of farmers along the Mole Park reserve have their farms completely destroyed by wild animals especially the marauding elephants in the park.

Mr. Zakaria Sumani, a farmer from Larabanga had his five-acre farmland completely destroyed by some marauding elephants from the park and currently appealing for support from the government.