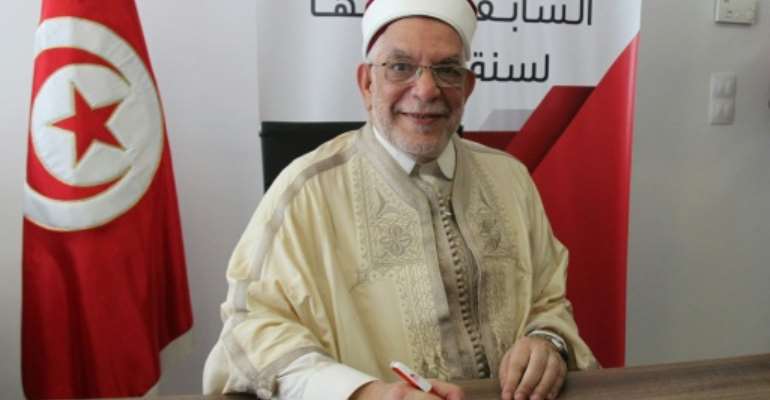 Chastened by its early experiences of holding power in post-revolution Tunisia, Islamist-inspired party Ennahdha has moderated its image and selected lawyer Abdelfattah Mourou as its candidate for next Sunday's presidential election.

Hesitant at first, Ennahdha only entered its first ever presidential contest after polling was brought forward following the July death of incumbent president Beji Caid Essebsi.

In the absence of any ally to support and faced with a rushed electoral calendar, Ennahdha came forward with its own candidate rather than abstain and risk a poor showing at legislative polls set for October 6.

"Tunisians have grown used to the idea of Ennahdha as a normal party, so the situation is more favourable," according to its head, Rached Ghannouchi, who was exiled during longtime autocrat Zine El Abidine Ben Ali's rule, when Ennahdha was banned.

Ghannouchi has been a major force in Tunisia's democratisation process since the 2011 revolution that ousted Ben Ali, and is running for office himself for the first time in next month's parliamentary vote.

Whereas the last legislative elections, in 2014, were fought along pro- and anti-Islamist lines, economic and social factors are the key issues in the next polls.

"This divide between Islamists and supporters of secularism is no longer... credible," said political scientist Hamza Meddeb, pointing out that all of Tunisia's main political parties have governed in coalition with Ennahdha over the past five years.

But Ennahdha carries the scars of its first taste of political power after the party in late 2011 won the first legislative polls after Ben Ali's fall.

Weighed down by crises and faced with a strong opposition, Ennahdha had to make way for a cabinet of technocrats in early 2014.

Since 2016, Ennahdha has been branding itself as a "civil" movement that distinguishes between politics and religion, and it now describes itself as a "Muslim democratic" party.

Opinions are divided on whether its candidate will emerge as one of the two candidates who go forward to a second round of presidential polling.

But Mourou, who has been interim speaker of parliament since July, is widely seen as a moderate and far less divisive figure than Ghannouchi.

"He's the least Islamist of the Islamists, he can attract voters who are not close to the party," according to Meddeb.

A lawyer in his 70s who wears traditional costume while advocating more openness in the party, Mourou is not typical of Ennahdha.

Although it was beaten in 2014 by Essebsi's secular Nidaa Tounes party, Ennahdha took part in a coalition. In effect, it has never been fully left out of power in the last eight years of transition to democracy.

In the presidential contest, voters will for the first time have to decide whether they can entrust Ennahdha with the office of head of state, responsible for the North African nation's defence.

Trust on social issues is also a key factor.

As for Ghannouchi, he has his sights set on the post of parliament speaker after the October vote and wants Ennahdha to play a key role in forming Tunisia's next government, political analysts say.

Editorialist Ziyed Krichen sees the party keeping up its "strategy of alliances so as not to be centre stage".

But "if Mourou gets a low score, it risks being swept away in the legislative polls", he said.