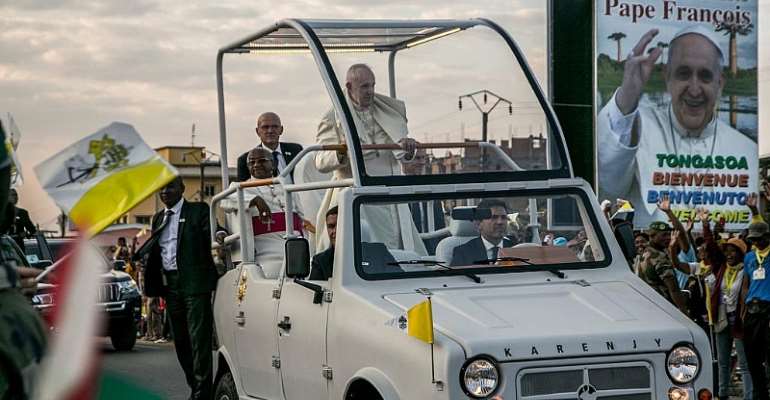 Pope Francis, the "pope of the poor", has begun his visit to Madagascar, one of the world's most impoverished nations, with a message of prosperity through environmentally friendly means.

Francis arrived from Mozambique, where he praised a landmark peace accord, urging warring parties to continue on the path of peace after 16 years of civil war – and more recently, jihadist attacks.

Upon landing in Madagascar, he encouraged his hosts to "create jobs and money making activities which respect the environment and help people escape poverty".

Madagascar is home to 25 million people, the vast majority of whom live in poverty, earning less than two dollars per day.

In his first speech on the island-nation, the pope said there "were many causes driving excessive deforestation which benefits just a few people...and compromises the future of the country".

He added that the authorities must ensure social justice, echoing concerns about the global environment highlighted by massive fires across the Amazon forest.

After the welcome ceremonies, the pope is to hold a mass and prayer vigil with at least 12,000 young scouts.

Sunday will mark the high point of Francis' visit with a huge mass in the capital Antananarivo, expected to be attended by some 800,000 people.

Around 4 million of Madagascar's 25 million people are Catholic.

Local popemobile
The pope on Saturday greeted crowds from his popemobile, which, according to local TV network MaTV, is the locally constructed Karenjy Mazana II.

A similar model of vehicle was used by Pope John Paul II on the first ever papal visit to the country thirty years ago, from 28 April - 1 May 1989.