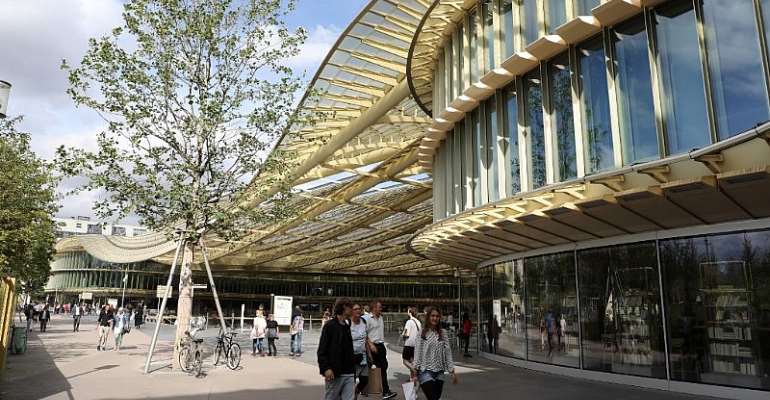 On 4 September 1979, the mayor of Paris Jacques Chirac inaugurated the Forum des Halles, transforming what was once a huge wholesale market into one of the biggest shopping centres in France, with 150,000 visitors daily.

In 2017, the Forum des Halles was the second most visited shopping centre in France with 42.3 million visitors a year.

But before becoming a huge shopping centre the area was a wholesale market.

The 'belly of Paris'
Between 1852 and 1870, 12 pavilions were built by Victor Baltard on the former site of 'Les Halles de Paris'.

The Baltard pavilions were made in cast iron in the Napoleon III style. They formed a huge food centre called "the belly of Paris" where Parisians could buy meat, vegetables and fish.

But because of a lack of space, the wholesale market had to move to Rungis, southeast of Paris.

In 1969, the Baltard pavilions were destroyed, leaving a gaping hole in the center of Paris for a few years.

Forum des Halles construction
In order to give the neighbourhood a boost, the city of Paris decided to build a shopping centre above the future Châtelet les Halles RER station and Paris metro hub.

The architects Claude Vasconi and Georges Pencreac'h were in charge of the final project.

After ten years of works, on 4 September 1979, the Forum was eventually inaugurated by the mayor of Paris, Jacques Chirac.

In 2010, the site was completely redesigned with the main architectural innovation cover, 'The Canopy', made of metal and glass and designed by Patrick Berger et Jacques Anziutti.

It ended in 2018 with the inauguration of the "Nelson-Mandela" gardens.

Today the Forum has 150 shops and several cultural spaces such as cinemas, a library and a music and dance school.