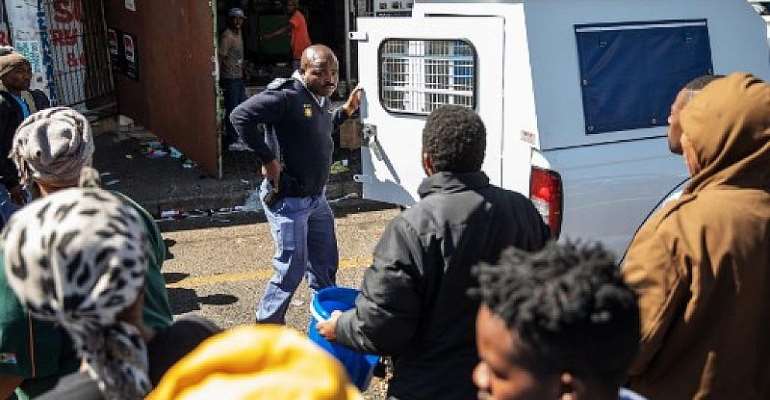 Police in South Africa said on Monday they had arrested nearly two dozen people after a number of incidents of violence and truck blockades aimed at protesting against foreign drivers.

At least 20 had been arrested “in connection with incidents related to protests within the trucking industry,” said southeastern province KwaZulu-Natal (KZN) police spokesman Jay Naicker in a statement.

KZN province police chief Lieutenant-General Khombinkosi Jula also issued a statement on the violence as two trucker were set on fire. He said they had stepped up patrols.

"We are on high alert for those that are resorting to acts of criminality and claim to be protesting," he said.

KZN police added that 11 trucks had blocked the road to Richards Bay Harbour, while in Western Cape province, officials there said a number of protesters blocked roads with their vehicles.

"Several roads had to be closed for traffic from early morning due to trucks blocking the road while others were seen offloading sand on the road," according to a statement from provincial transport minister Bonginkosi Madikizela.

Unions speak out
South African Transport and Allied Workers Union (SATAWU) did not condone the violence carried out by those who said these foreign truckers were taking jobs away from South Africans.

"Whenever there are faceless people calling a strike, there tends to be violence," SATAWU spokeswoman Zanele Sabela told Agence France Presse newswire.

The All Truck Drivers Foundation said that it had nothing to do with the strike, but said that it was working so South African drivers were employed.

Transport Minister Fikile Mbalula said in June that the trucking industry problems were caused by an "oversupply of foreign drivers in the industry", adding that many are undocumented.

Human Rights Watch released a report last week that chronicled the stories of foreign truckers who have been attacked or died due to ongoing xenophobic violence, but the report did note that the majority of foreign truckers spoken to had their papers.

South African police issued a joint statement with the government on Sunday, characterizing the violence as "economic sabotage threatening the economic viability" of the whole southern African region.

South Africa has been primary place for economic migrants in the region, including Zimbabwe, Lesotho, Democratic Republic of Congo and Mozambique.