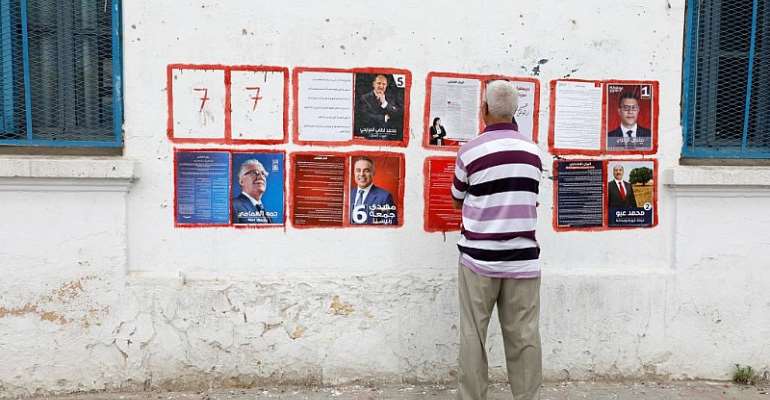 Tunisia's first day of presidential campaigning kicked off with a deadly clash that coxt the life of a national guard chief and three extremists.

National guard officers and army troops were tracking a radical Islamist group in the Kef mountains that border Algeria when shooting broke out, says Housameddine Jbabli, the national guard spokesman.

Speaking to Associated Press, he added that there is an on-going security operation in the town of Hydra in the Kasserine region.

The deadly clash comes as the country officially opened on Monday its presidential campaign ahead of its election set for September 15.

Presidential candidates
26 candidates have officially been announced in this year's race to replace the late president Beji Caïd Essebsi who died in July.

This will be the country's second democratically elected president since the Arab Spring in 2011 which ousted former dictator Zine El Abidine Ben Ali.

Essebsi was the first president elected in 2014 in the aftermath of the revolution.

The head of the electoral commission, Nabil Baffoun explained that even convicted candidates could take part in the polls so long as they have not been specifically banned from running in an election.

That means candidate Nabil Karoui, who was arrested on August 23 for alleged money laundering, is one of the official candidates.

Of the final list, only two candidates are women.
Selma Elloumi Rekik, the former tourism minister, and Abir Moussi, who heads a group formed from the ashes of Ben Ali's ruling party.

Issues to tackle
Although the small North African country has been one of the few countries to succeed in a post-revolution era, it has not been without problems.

It continues to struggle with jihadist attacks, along with inflation and unemployment that have begun to take its toll on the popularity of Prime Minister Chahed.

With a healthy list of names running for president, its likely the first time Tunisians won't be able to predict who will take over as head of their country.

“Now everything is possible” says Joussour, a Tunis-based think tank.

Voters go to the polls on the 15th.
Results from the first round will be announced on the 17th.

The date for a second round has not yet been announced.