By Christophe Koffi and David Esnault 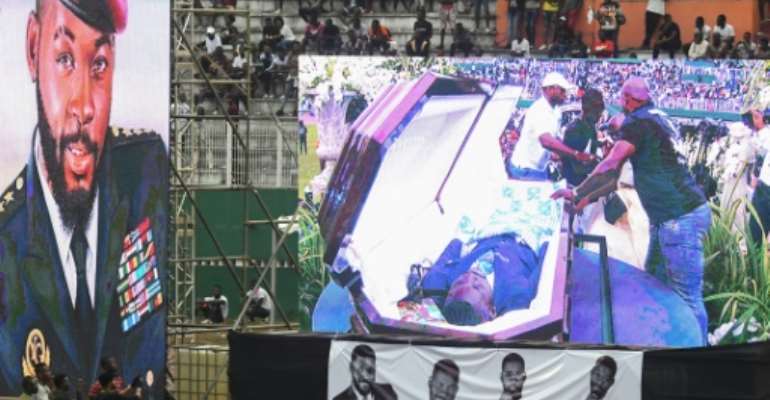 DJ Arafat's coffin was placed at the centre of the football pitch. By ISSOUF SANOGO (AFP)

Tens of thousands of fans of Ivorian singer DJ Arafat, star of the hugely popular musical style "coupe-decale" who died this month in a motorbike accident, gave him a spectacular send-off at the country's main stadium early Saturday.

The overnight funeral concert at the 35,000-capacity Felix Houphouet-Boigny stadium in Abidjan began Friday evening and ended early Saturday when Arafat's body was brought for a final farewell.

Placed in the centre of the football pitch, it drew wild applause. Then the mood turned sombre with fans bursting into tears.

"The ceremony was really moving," said Raymonde Nguessan. "We have lost a great man."

Another fan, Samuel Kablan, was in tears as he declared: "Arafat was my life, my source of inspiration." 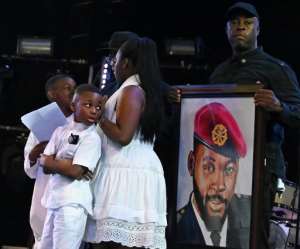 Throughout the night, A-list African stars such as Davido, Sidiki Diabate, Fally Ipupa and Serge Beynaud sang for the music sensation, who died aged 33 on August 12 after a motorbike crash in Ivory Coast's main city Abidjan.

Before the ceremony, Ivorian Culture Minister Maurice Bandaman conferred on him the national order of cultural merit for "his immense contribution to the artistic radiance" of Ivory Coast.

DJ Arafat, whose given name was Ange Didier Houon, was one of the most popular African musicians in the Francophone world, and had been referred to as the "king" of coupe-decale (cut and run), an Ivorian form of dance music.

News of his death led to scenes of hysteria among some of his fans and Twitter tributes from fellow artists. President Alassane Ouattara called him "a youth icon and ambassador of Ivorian music and culture".

Coupe-decale originated in the bars of the lively Rue Princesse in the working-class Yopougon district of Abidjan and clubs and spread across West Africa.

DJ Arafat was due to be buried in the Williamsville cemetery in the working-class Adjame district.

His five children were present at the concert. There was tight security at the venue with some 6,500 security forces deployed across the stadium overlooking Abidjan's picturesque lagoon. 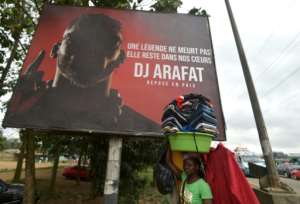 State radio and television broadcast the event live and giant screens installed in Yopougon and other working-class areas, as well as the upmarket Cocody-Angre district where DJ Arafat lived.

With a professional recording engineer for a father and a singer for a mother, the young DJ Arafat was well placed to discover musical techniques on the job.

"He toured the studios to learn, he was curious about everything," said Franck Alcide Kacou, label and publishing manager of Universal Music Africa, a subsidiary of the multinational Vivendi, which produced DJ Arafat's work from 2013.

Working as a disc jockey on Rue Princesse, DJ Arafat made his breakthrough with "Jonathan" in 2003, which he followed with a string of other hits.

He "revolutionised coupe-decale by mixing sounds and rhythms. For instance he was inspired by African traditional music, but also by Nigerian Afrobeat, by rap and by Brazilian funk," Kacou said.

"He was also an exceptional dancer and he linked the music he made to new dance forms." 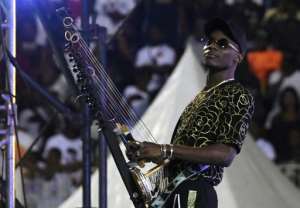 The Ivorian star could also be prone to controversy.

"He had a divisive personality. He was very sensitive, which explains his 'unfiltered' reactions and clashes with other artists, which formed part of his musical career," Kacou said.

"But this was also a matter of marketing. Arafat was a genius for communication, he used social media very well."

Twice winner of the best artist of the year in the Coupe-Decale Awards of 2016 and 2017, Arafat already had recognition across the continent in 2012, when he was named "Best African Artist" in the pan-African Kora Music Awards.