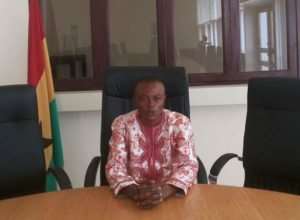 A South Africa – based Ghanaian pastor has blamed Ghanaian churches and Religious leaders for the West African country’s widespread corruption, which has crippled the economy.

Head Pastor of Prince Emmanuel Church at Free State in South Africa, Pastor Isaac Yeboah said corrupt practices and immoral values seem to be promoted in the pulpits of Ghana’s religious institutions since the Religious leaders are afraid to speak the truth.

“Some of the religious leaders are afraid to speak the truth to the politicians and other prominent people who occupy big positions in the country who are in their churches or when they visit them in their various churches because of money. So I feel sad when I hear that people being charged with corruption and corrupt related practices are in big churches even some of them are leaders in the church” Pastor Isaac Yeboah bemoaned.

“Religious leaders should take it upon themselves to fight corruption”, he stated in an interview with Kwaku Anane Junior the host of South Africa – based Press Radio current Affairs Program dubbed “Ghana Te Sen”.

He called on the Religious Leaders in Ghana to use their pulpits to preach against corruption.

According to him, corruption has a serious effect on how society, the government and the public sector operate hence Religious Leaders should join hands together to fight against the canker.

Adding that, corruption in whatever form is not right so the government should strengthen institutions and anti-corruption campaigners who have devoted themselves to lead the fight against corruption achieve their aim.

The clergy noted that his call against corruption is not limited only to those in powers but is also address to members of the public.

“Those ordinary citizens offering or taking bribes, regardless of how small they are, are fuelling the problem”, he said.