Accusing Me Of Kidnapping Is A Political Gimmick – Ofosu Ampofo 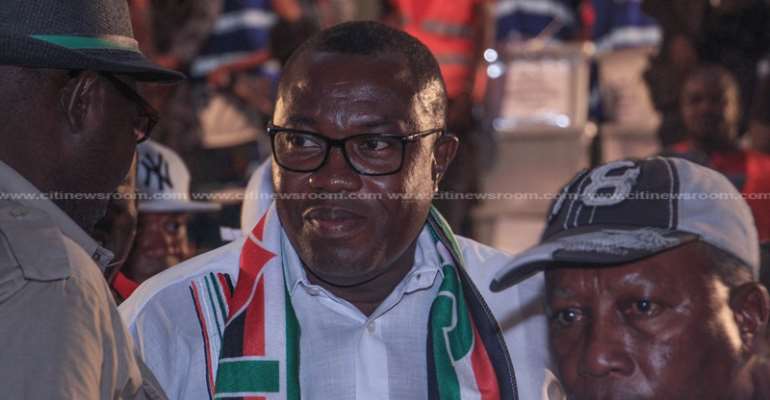 The embattled National Chairman of the opposition National Democratic Congress (NDC), Samuel Ofosu Ampofo is unfazed by the ongoing investigation against him by the Criminal Investigation Department (CID) of the Police.

Samuel Ofosu Ampofo is currently facing three charges in connection with claims in an audio recording attributed to him.

Speaking to Citi News, Samuel Ofosu Ampofo said the success of the NDC’s recently held parliamentary primaries indicates that the national executives are resolute despite the distractions by the governing New Patriotic Party.

“I stand for justice, I stand for peace. I have demonstrated beyond all reasonable doubt that I am somebody who is a very peaceful person and has Ghana at heart. After all, I had the privilege of being in public office at age 29. In 1993, I was 29 years and I was a DCE.”

“I became a DCE, Deputy Minister, Regional Minister. What else can I do to undermine the peace and tranquility of my country? The only thing I can do is to contribute my quota towards rebuilding Ghana and so linking me to kidnapping is just a political gimmick. I initiated the Kejetia market under Professor Mills with the support of President Mahama…I build markets, I do not destroy markets,” he said.

Mr. Ofosu Ampofo is being investigated over the recent kidnapping and arson cases in the country.