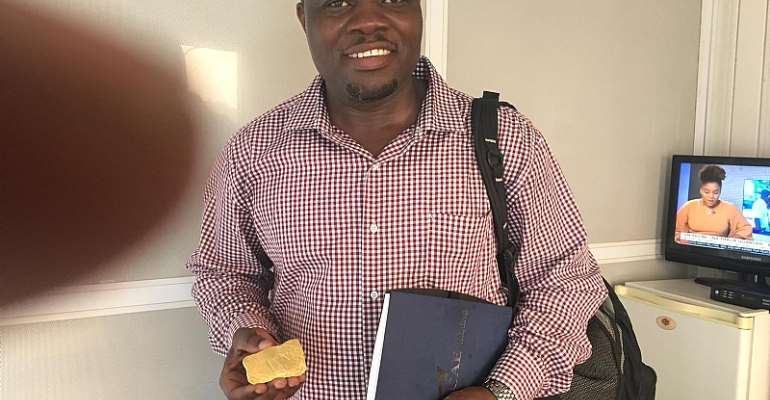 A US-based Ghanaian mining engineer has questioned the credibility and commitment of President Akufo-Addo in the fight against illegal mining, popularly known as galamsey.

According to Mr. Solomon Owusu, President Akufo Addo's government has failed to enforce the existing three (3) years jail term enshrined in the Minerals and Mining Law 2006, section 99 of Act 703.

Mr. Owusu made these comments in relation to the President's accent of the newly amended act 2019 into law. In this new regulation, Ghanaian illegal miners will receive 15-20 years jail sentence while the foreigners who engage in illegal mining and their Ghanaian accomplices will receive 20-25 years prison sentences.

According to the president, this amendment in the current Mineral and Mining Act 2006 is an improved step to deter potential “galamseyers” from engaging in such illegalities, hence result in the protection of our environment.

However, the former Deputy Secretary of the ruling New Patriotic Party (NPP) in California, USA insists that the government has not shown any commitment to fight the canker after wasting two years in a bit to figure out solutions to curb the galamsey menace.

Solomon has queried the government over the outcome of the comments made by the Local Government and Rural Development Minister, Hajia Alima Mahama in July 2018, which disclosed that about 70 Municipal and District Chief Executives were involved in illegal mining activities. In his view, the president should punish those MMDCEs first before any further action.

Again, Solomon has reminded the president to act on Mr. Osafo Marfo’s statement he made, which concluded that the government was not willing to prosecute any Chinese illegal miner in Ghana.

“The Senior Minister, Mr. Yaw Osafo Marfo disclosed to Ghanaians during a town hall meeting at our embassy in Washington DC, USA, that the government discontinued the prosecution against the Chinese national, Aisha Huang because of the benefits Ghana receives from China, especially the Sinohydro deal.

“Apart from Aisha Huang, the operations vanguard and the galamstop teams have arrested over 250 Chinese guys since the ban lift from December 14, 2018 till date but they were all left unpunished. My question is; what is the assurance that the government will now enforce the new law after deliberately bending the existing law?”, Solomon Owusu asked.

The mining engineer was surprised to hear the President apportioning blame on judges who sit on illegal mining cases.

“Was it the Attorney General who discontinued Aisha Huang's case or a Judge? Please, President Akufo Addo should stop tickling himself with such irresponsible comments because Ghanaians are not stupid”, he stressed.

The embattled General Secretary of the Inter - Ministerial Committee on Illegal Mining, Charles Bissue, in a publication dated 26th December, 2018 also stated that the discontinuation of Aisha Huang's case saved taxpayers' money because the nation would not spend money on her in prison. A statement that Solomon found it to be useless and unthinkable.

Illegal mining has been a major challenge for successive governments over the years due to its enormous effects to lands, water bodies and forests. Currently, foreign nationals, especially the Chinese have taken over and using sophisticated equipment to intensify environmental degradation.

In a bid to fight the problem, the government set up the "Operations Vanguard" team made up of joint police and military officers with the oversight activities of the Inter-Ministerial Committee on Illegal Mining.

Surprisingly, it seems the expected result has not been the best with corruption allegations against the suspended General Secretary, Mr. Charles Bissue in an investigative piece by Anas Aremeyaw Anas, where he was captured on a video receiving “bribe” to allow illegal miners to operate and intensify the problem he was tasked to address.

Even though the Criminal Investigation Department (CID) of the Ghana Police Service has cleared Mr. Bissue of engaging in any wrongdoing, the Special Prosecutor, Martin Amidu, thinks otherwise as his office is thoroughly investigating the matter to ensure that the perpetrators are punished to serve as deterrent to other potential criminals.