Special Prosecutor was probing AB Adjei prior to Manasseh’s exposé 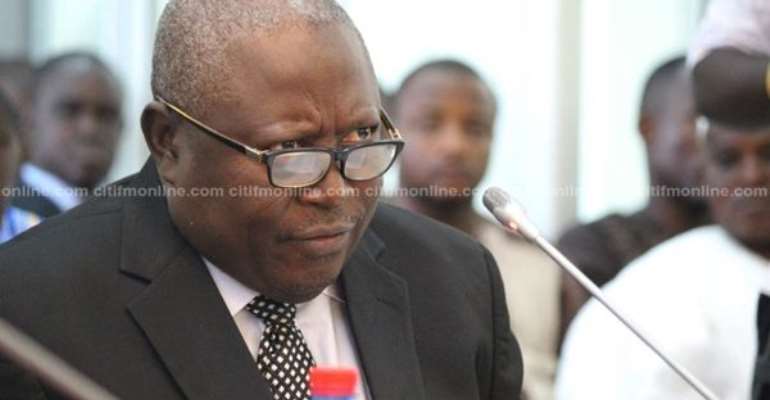 Citi News has sighted a correspondence between the Office of the Special Prosecutor and the presidency which suggests that the recently publicized exposé by journalist Manasseh Azure Awuni which indicted the suspended Public Procurement Authority CEO, Adjenim Boateng Adjei had been a subject of investigation by the state institution for several months now.

According to the correspondence addressed to the Secretary to the President, Nana Asante Bediatuo, and sighted by Citi News, the Special Prosecutor Martin Amidu observed that the issue has been “the subject of ongoing investigations as part of a report brought to the attention of this office by the Auditor General Several months ago”.

Although Mr. Amidu stated in the letter to the Presidency that he had called Mr. Azure to congratulate him on the work done, he noted that his office has “independently gathered intelligence on this matter and has been provided with facts and materials from other sources, particularly from the Audit Service and the Registrar of Companies”.

Mr. Amidu also discounted media publications that his invitation to the suspended PPA CEO to appear for questioning on August 29 was due to the instruction from the President.

He said the invitation was done pursuant to an independent investigation conducted prior to the airing of the documentary by Manasseh Azure Awuni.

The fight against corruption, according to the Special Prosecutor's letter, must not be “halfhearted, selective or ad hoc” but must rather be unequivocal and non-discriminatory”.

The Special Prosecutor cited the trial of some five public officers including an appointee of the government for alleged procurement malpractice in the Bawku Municipal Assembly and questioned why none of them was suspended or interdicted like happened in the PPA case.

Mr. Amidu said this situation creates the impression that the government does not “view corruption as a high-risk enterprise”.