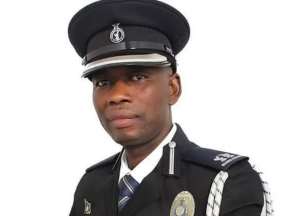 A former executive secretary to the immediate past Inspector General of Police (IGP), Superintendent Peter Lanchene Tuubo has won the National Democratic Congress (NDC) parliamentary primaries in the Wa West Constituency of the Upper West Region.

Superintendent Tuubo who voluntarily resigned from the service to contest the primaries managed to convincingly beat the incumbent MP and former Minister of Health, Joseph Yieleh Chireh.

At the end of polls, the police officer who is known for his viral social media videos on deep-rooted corruption with the service gathered a total of 755 votes as against the 317 votes obtained Mr. Chireh.

He was among 34 aspirants who were cleared by the party to contest in the parliamentary primaries in all the nine constituencies of the Upper West region.

Other incumbent MPs who lost in Saturday polls include Ras Mubark in the Kumbungu Constituency and  Emmanuel Nii Okai of the Amasaman Constituency.