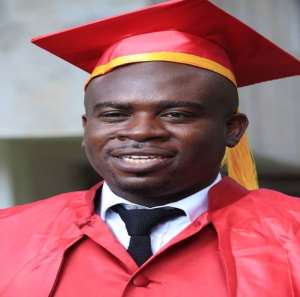 The study was aimed at reducing the paucity of data on prostate cancer by assessing the incidence, patterns and presentation in the Brong Ahafo Region of Ghana. The study authors also sought to provide region-specific hardcore data that will help to assess the issue and provide remedies.

They reviewed all prostate disease (Meaning not only prostate cancer, but also prostatitis and Benign Prostatic Hyperplasia) cases recorded from the year 2009 to 2014. They employed men from 40 years (based on previous studies) and above were eligible for screening. Diagnostic and screening tools for prostate cancer at the study site were family history, serum prostate specific antigen (PSA) test, digital rectal examination, urological ultrasound scan and histopathology (biopsy).

Age, PSA values and year of screening/diagnosis were also retrieved from their folders/archives for the purposes of the study. Histological findings and parameters considered in the study included diagnosis, carcinoma grading (the process by which physicians categorize the risk of cancer having spread beyond the prostate), perineural invasion (PNI)- meaning that cancer cells were seen surrounding or tracking along a nerve fiber within the prostate. When this is found on a biopsy, it means that there is a higher chance that the cancer has spread outside the prostate) and percentage of affected tissues (%TA).

There was a significant correlation (p = 0.001) between grading of prostate cancer and perineural invasion(Meaning also that, the risk of cancer having spread beyond the prostate correlates with cancer cells seen surrounding or tracking along a nerve fiber within the prostate). The study authors further revealed that, Only 21.2% graded cancer cases had perineural invasion with >50% affected tissues found in half of them. 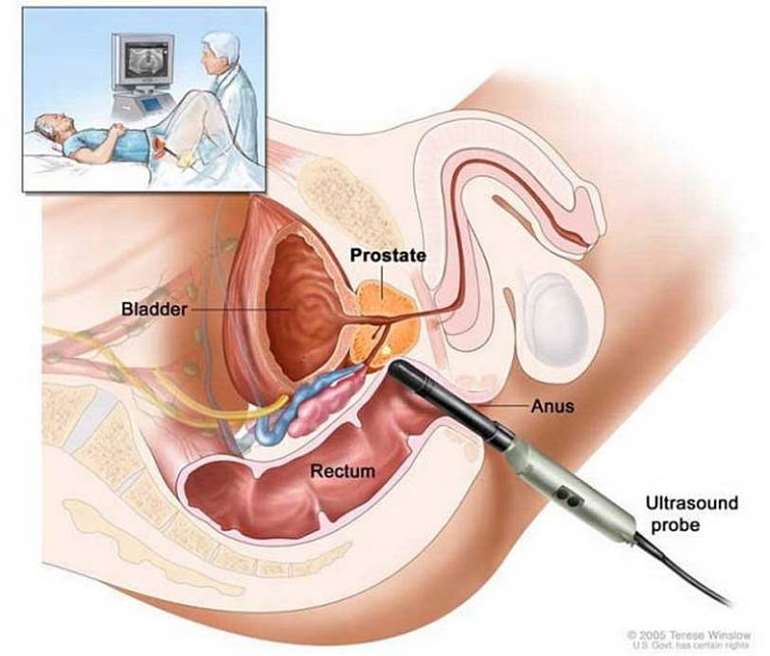 The study authors concluded that, “there is a high incidence (40.07%) of prostate cancer in the Brong Ahafo Region of Ghana, presenting mostly with advanced prostatic carcinoma. Reported cases also show high %TA (Tissues Affected and PNI (Perineural invasion). Development and implementation of public health interventions are needed to address some of these issues”.

Wow! I guess, our prostate is in trouble as Men! The study authors proposed development and implementation of public health interventions to address this. In 2015, during the John Dramani Mahama’s administration, I proposed fathers’ Day to be declare as National Day for Prostate Awareness; but it later turned into ‘Medical Politics’. I think, this is the right time for the current administration to consider the proposal for Fathers’ Day to be declare to raise awareness of prostate cancer. The current government also promised a special cancer policy in their 2016 Manifesto, yet nothing has been done!

In another 2018 study also by Egote al published in the journal, Case Reports in Clinical Medicine ,titled “Enucleation of a Giant Prostatic Hyperplasia in Ghana: A Case Report and Mini Literature Review”, the authors reported a patient with a prostatic hyperplasia weighing exactly 700 g which was successfully removed at the Brong Ahafo Regional Hospital theatre in Ghana by Pfannesteil Transvesical Simple Prostatectomy.

To assess the risk age for prostate diseases in Brong Ahafo Region, Egote al 2018 research titled” Age as a risk factor for prostate diseases: A 6-year selective prospective study among males in the Brong Ahafo region of Ghana” published in the journal of Medical Research, A selective prospective study was employed to review prostate cases from 2009 to 2014. Subjects were selectively recruited for the study using the reference age of the study location (40 yrs) – men from 40 years and above were eligible for testing. They concluded that Ghanaian men between the ages of 50 and 89 are highly predisposed to prostate diseases compared to those <50 years and >89 years. “This observation may provide a rational for effective medical or preventive interventions especially among Ghanaian Adults”. They added.

The study dubbed the Ghana Prostate Study, a case-control study of Prostate cancer that was conducted from 2004 to 2012 in 749 cases and 964 controls. In-person interviews were conducted to collect information from participants, including longest held job. Industrial hygienists classified job titles into occupational categories. Unconditional logistic regression was used to calculate ORs and 95% Cis(Odds ratios (ORs), confidence intervals(Cis)) for the association between longest held job and Prostate cancer risk (overall, aggressive (Gleason≥7)), controlling for potential confounders.

The study provides some evidence for increased risk of Prostate cancer among men in management and military occupations, which is consistent with the published literature. However, they concluded “Additional research is needed to clarify the drivers of the associations between these occupations and Prostate cancer risk”.

Another 2019 recent study published in the journal BMC by Amoako et al titled “Malignant tumours in urban Ghana: evidence from the city of Kumasi” revealed that prostate cancer had the highest incidence of 10.5 per 100,000. The mean age of all cancer cases was 51.3 years (with a range of 1 to 99 years). The study authors reviewed data from the Kumasi Cancer Registry for the year 2015. Data collected included clinical and demographic information, laboratory reports and source of case information. Data was entered into the Canreg-5 software. Data was initially analysed using Canreg-5 to estimate the incidence and age standardised rates (ASR) for various tumours. Data was also exported to Microsoft Excel for further analysis using Epi Info version 7.1.4. Microsoft Excel was used to generate charts and graphs. Aggregated data for the years 2013 and 2014 were also analysed for trends in cancer incidence and ASR.

One interesting thing about this Kumasi’s study that focused on all cancers is that, the study authors also found that, lung and skin cancers are rare. Here is what they said “Our report indicates that breast cancer is the commonest female cancer in Ghana and is consistent with other evidence. The leading male cancer reported in this study is consistent with other local and international reports. Lung and skin cancers are rare in Kumasi”. 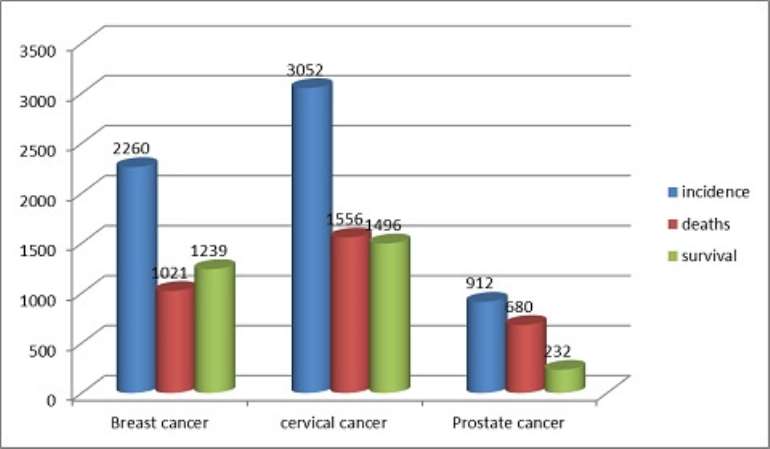 Had always said that, Prostate cancer strikes a special chord with me. It is a very aggressive cancer in black men, in part because it’s discovered at very late stages, when it’s highly advanced and there are a number of genetic mutations. After conventional treatment, this cancer comes back for 75 percent of patients. And it usually comes back in a drug-resistant form. High-grade prostate cancer is one of the biggest supervillains out there.

As a researcher, I usually don’t get to work with patients. But I recently met a man who is trying to survive prostate cancer. I was deeply inspired by the optimism and strength that both Dad and son displayed and by their story of courage and support. At this event, we spoke about the different technologies directed at prostate cancer. And he was in tears as he explained how learning about these efforts gives him hope for future generations, including his son. This really touched me. It’s not just about building really elegant science. It’s about changing people’s lives. It’s about understanding the power of integrative medicine at the expense of relying solely on one treatment modality

Prostate health—is crucially important to all men, so I hope all female readers will share this information with the men in their lives. Thankfully, there are simple, effective strategies men can employ that may significantly reduce their chances of having to face prostate problems such as enlarged prostate or prostate cancer.

Do not Ignore Prostate cancer 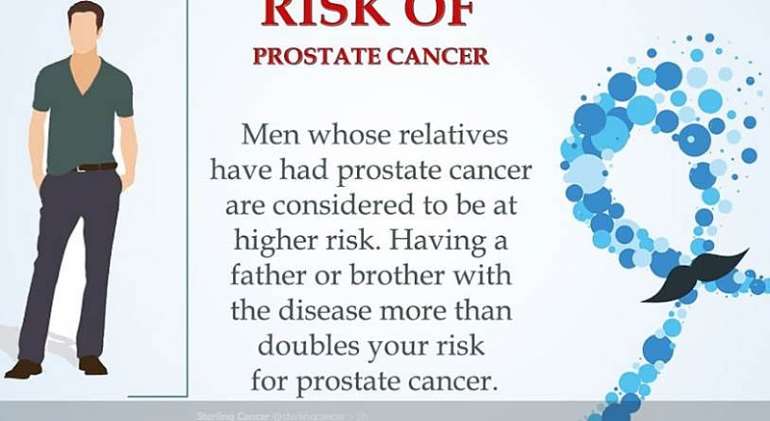 Why do men not pay much attention to this prostate gland but later try to regain it after they had lost it? My encounter with men with prostate conditions always leaves me wondering as a young Man! You see, even if they didn't need significant ongoing treatment and now had a good long term prognosis, they said the experience had jolted things into perspective.

Day after Day, I hear men talk about making the most of precious time, having more fun, building memories with their families, and doing the things they had always wanted to do. They spoke about the satisfaction they felt from doing things, big and small, which made them and their families proud. They recognized how priceless good prostate health is, and simply couldn't understand how men would let ignorance, apathy or fear of a simple test or of treatment, get in the way of looking after their health - even though several of them admitted they had done exactly that before they were diagnosed.

According to Angela Culhane of Prostate Cancer UK “The very clear message coming from them to other men was not to stick your head in the sand in a misguided attempt to ignore prostate cancer, but to get informed about it for yourself and to join the fight to beat it for everybody”.

I'm passing that message on and I hope others will too. It's a life saver. Let alone what it does! You see, Size definitely isn't everything where the prostate is concerned. This little gland, hidden from sight just below the bladder, is only about the size of a walnut. But when it goes rogue, a man's life can be over.

Surely men wouldn't ignore the prostate if they knew what it could do to them. So why do they? Is it because the gland is invisible and out of sight is out of mind? Or that men don't want to think about any problem below the belt? Or they don't believe prostate cancer is a real problem because it doesn't hit the headlines? Or perhaps the myth has taken hold that prostate cancer is a disease that men die with and not from.

But ask the families of some men who die of it every year and they'll be quick to tell you another story; that prostate cancer doesn't go away if you stick your head in the sand; that it's a silent assassin which all too often takes men out in their prime; that it leaves their plans for retirement in tatters and their families grieving. This was the very foundation I developed the Men’s Formula approved by the FDA for Prostate Health & Immune booster to help men reduce their risk of prostate diseases, use as adjunct for men on conventional treatment to improve their quality of life as part of survivorship program.

There is a high incidence rate of prostate cancer in the previous Brong Ahafo region which could provide the general picture of the disease or even more in Ghana entirety. Ghanaian men between the ages of 60 to 79 years are mostly diagnosed with advanced prostatic carcinoma, most especially moderately differentiated. According to the study authors, “Screening must be done for all men above 35 years to ascertain conditions of their prostate. This will curb late diagnosis and further metastasis of advancement of cancer into a more lethal state. Serum PSA must also be used as a diagnostic tool together with ultrasound scan and histology to ensure precise and accurate diagnosis and management of prostate cancer,” they concluded.

Time to take action on prostate health in Ghana!

I am only a Messenger of the studies as usual: The Research titled “Patterns and Presentation of Prostate Cancer in the Brong Ahafo Region of Ghana: A 6-Year Single Center Retrospective Study” authored by Egote et al 2019 published in the journal Health by the Scientific Research Publishing. The authors are affiliated to the Department of Surgery (Urology Unit), Brong Ahafo Regional Hospital, Sunyani, Ghana and the Department of Pathology, School of Medical Sciences, KNUST/Komfo Anokye Teaching Hospital, Kumasi, Ghana.