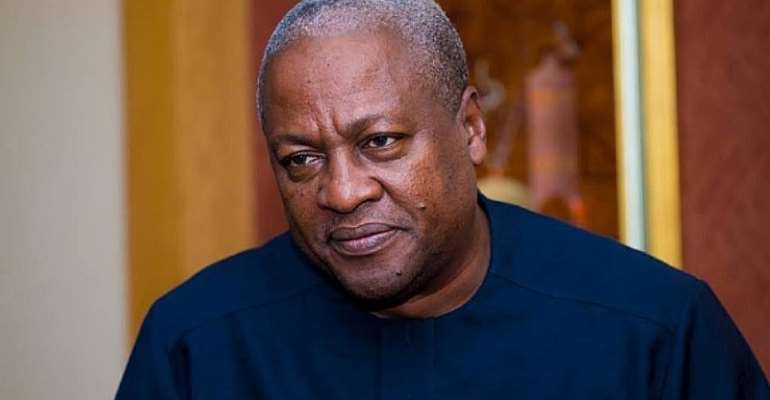 Former Deputy National Organiser of the New Patriotic Party (NPP), Mr. Nuhu Bayorbo Mahama has advised former President John Dramani Mahama, who is also the NDC flagbearer for the 2020 elections to be honest and truthful in his public engagements.

His call comes from a milieu of a social media engagement by the former president, who disgracefully lost to president Nana Addo Dankwa Akufo-Addo in the 2016 general elections.

The interaction which he terms #JohnMahamaLive is one of the ways Mr. Mahama sort to interact with his followers on social media.

Mr. Nuhu who also holds an MBA in Finance from the University of Ghana Business School shared his thought on the issue on his Facebook Wall which was sighted by www.modernghana.com .

Below is his full statement on Facebook:
Nuhu Bayorbor Mahama Writes....
I listened to JDM over the issues confronting the financial sector in Ghana and had no choice than to say a few things. The dishonesty and blatant disregard for the truth is so disheartening.

The confidence and trust in financial institutions all over the world is built over a period. These institutions are governed by laws and regulations of which players in the industry adhere to.

I would not sound technical because JDM chose the populist route of blaming the government of the day for the happenings in the sector.

What are the facts??
1. Deposits of customers were locked up in most of these institutions of which they could not have access through no fault of theirs.

2. Most of these institutions were already suffocating with huge debts that threatened the balance of their financial position.

3. The BOG who is the regulator of the sector had to step in to salvage the situation

4. The problems started before the 2016 general elections that brought the NPP into power.

5. The NDC government under JDM looked unconcerned until the situation got to where we are now

6. Under the watch of JDM, the situation could have been worst because he is so incompetent to even appreciate the level of this crisis

7. Millions of depositors' funds have been saved as a result of the actions taken by the central bank.

8. The current government has spent huge sums of money to make sure that the millions of Ghanaians who through no fault of theirs have their funds with these institutions are paid.

You Won't Be Shielded For Misconduct – IGP Cautions Police O...
24 minutes ago