We'll Unravel The Conspiracy Against Nduom—PPP 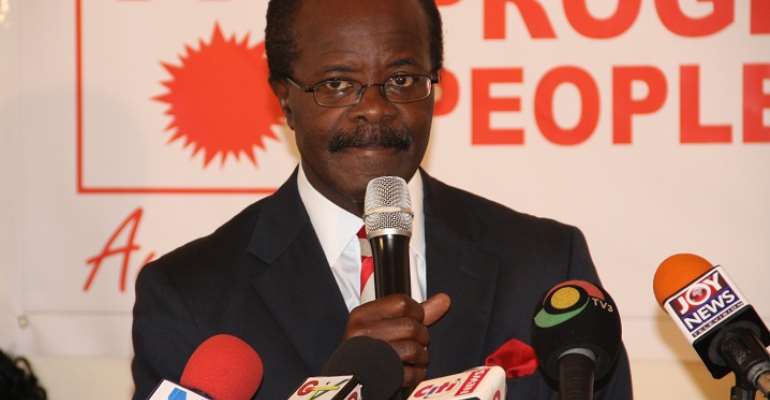 The PPP has keenly followed events surrounding the “financial sector clean-up” which has led to the revocation of licenses of 23 Savings and Loans companies and Financial Houses.

We are taken aback that the government through the Central Bank chose to use the taxpayers’ money to close-down companies instead of helping them up. We had expected the government to consider the further implication of their action on this country's economy with its already high unemployment rate.

All over the world, financial clean-ups do occur once in a while. It is not a welcoming news when it occurs, but best practices have been the deployment of supervised bailouts in order to keep Jobs and keep businesses running.

With special references to GN Savings which was largely held by Groupe Nduom, we stand by its Chairman, Dr. Papa Kwesi Nduom while he leads the bank to go through the processes to get to the bottom of this matter. He remains our inspiration and we are confident in his unwavering commitment to the growth and development of Ghanaian enterprise. It is a shame that we have not repented as a nation from our past sins to devour emerging Ghanaian business icons on the national, sub-regional and on the global scale.

Our conclusion is that looking at all the facts and the loud silence of the government on the GhC2.2billion indebtedness to Groupe Nduom as a whole, we are of the firm belief that this exercise in respect of GN Savings is either an abuse of discretionary power or the exercise of political power against Ghanaians from whom the power of government emerge in the first place.

We urge customers and staff of the banking institution to keep their calm as we unravel the conspiracy against this great son of our land.

Thank you and God Bless our Homeland Ghana.