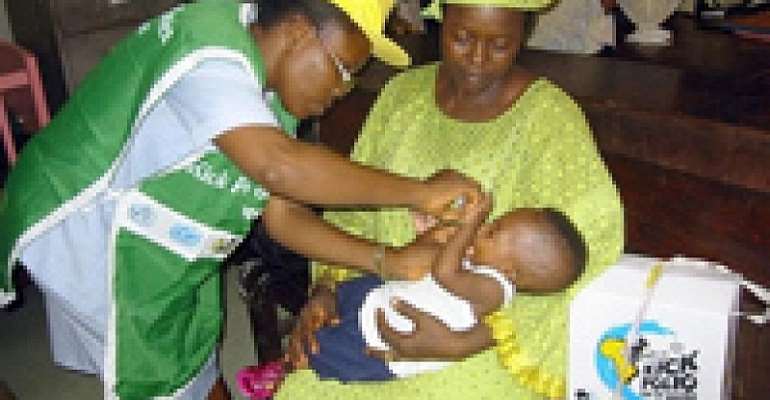 Nigerian health officials have announced a three-year milestone in the fight against wild polio, a step that could see the African continent as polio-free by 2020.

This success is "one which we must delicately manage with cautious euphoria," said Faisal Shuaib, who leads Nigeria's National Primary Health Care Development Agency.

The progress made in the African continent's most populous nation stems from dedicated efforts to carry out polio vaccination campaigns throughout the country. Health workers need to be vigilant and keep up the high immunization rates in order to ensure the disease does not return.

The last recorded case in Nigeria was in northeastern Borno State in August 2106.

Polio is a disease that attacks the nervous system, causing permanent paralysis within hours. Although children under five are primarily susceptible, preventative vaccines can ensure children are fully protected.

African continent soon to be polio free?
The Nigeria declaration this week means that the 47 countries that are included in the World Health Organization's (WHO) Africa region – which excludes north Africa – could be declared polio-free by next year.

"We are confident that soon we will be trumpeting the certification that countries have, once and for all, kicked polio out of Africa," said Matshidiso Moeti, WHO's regional director for Africa.

His country counterpart for Nigeria, Clement Peter, said the next six months will be the most critical to determine whether the African continent can be declared polio-free.

While there is hope for African countries, Afghanistan and Pakistan and still combatting polio. Although numbers of children afflicted have dropped due to aggressive immunization campaigns in both countries.

"As long as the polio virus still exists in any part of the world - as it currently does in Afghanistan and Pakistan – all children are at risk. Therefore we must maintain the momentum," added Peter.

According to the latest Global Polio Eradication Initiative (GPEI) figures, in 2019 there have been 65 cases of wild polio registered: 53 in Pakistan and 12 in Afghanistan.

GPEI, which is supported by the WHO, Rotary International and other global foundations, began its work to stop polio in 1988, when the crippling disease was present in 125 countries, paralyzing some 1,000 children per day.

Their efforts have led to a 99 percent reduction in polio worldwide.