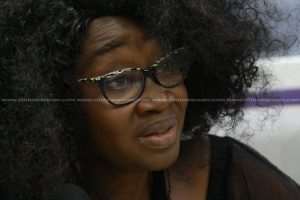 I read “Part One” of the Petition Series, subtitled “Introductory Remarks,” that Nana Afua Frema Busia, one of the youngest daughters of the legendary Prime Minister Kofi Abrefa Busia, says that she intends to produce as an argument in favor of her grossly misguided campaign to have the country’s oldest flagship academy, the University of Ghana, renamed after her father and find it to be rather amusing in the sense that it sophomorically, albeit understandably, seeks to make of Dr. Busia what the late deposed Prime Minister could never be legitimately “accused” of having been vis-à-vis the foundational history of both the University of Ghana and the Modern Nation of Ghana. For starters, Dr. Busia, like all the other major players in the history of the making of modern Ghana in the twentieth century, was not a member of the legendary Big Six. He was, however, a legend in his own right and/or by his own remarkable achievements.

Busia was not a member of the legendary Big Six, as canonically defined by the Chairman of the Watson Commission that enquired into the Nii Kwabena Bonne-led civic disturbances, in 1948, that led to the catalytic induction of the transitional period of partial Internal Autonomy that culminated in the salutary restoration of the sovereignty and political self-governance of the erstwhile Gold Coast Colony as Ghana on March 6, 1957. As well, Busia was not one of the major political and intellectual figures engaged in the fierce battle to have the University of Ghana established in the country at the time that it was by the largely economically reluctant and politically vacillating British colonial rulers and their home-side supervisors at the Colonial Office in London. But, of course, it is historically indisputable that Dr. Busia was the first Ghanaian to be appointed University Professor of Sociology at the University of Ghana.

Nevertheless, this quite remarkable personal achievement, in of itself, does not make Prof. Busia one of what may be aptly termed as The Founding Fathers of the University of Ghana. For any avoidance of doubt or the total evisceration of any iota of doubt, Ms. Busia could do herself and the rest of her supporters, or whatever passes for the latter, great good by reading the history of the foundation and development of the University of Ghana, as the same appears in the Academic Catalogue of the University of Ghana. She would even learn, as well, perhaps to her utter disappointment, that it was not her “superhuman” father who designed the Coat-of-Arms of the University of Ghana, which actually gave this landmark institution the unique identity that Legon has today. You see, it can absolutely not be gainsaid that Prime Minister Busia definitely had/has his pride of place in the annals of Modern Ghanaian History.

Even more so, of course, are political and philosophical luminaries like Dr. JB Danquah, widely acknowledged as the foremost Ghanaian philosopher and constitutional scholar of his generation, Dr. Ephraim Amu, Prof. Alexander Adum-Kwapong, Prof. Willie Abraham, Prof. CG Baeta…the list goes on and on and on. We have deliberately decided to omit the name of arguably the greatest of them all, namely, President Kwame Nkrumah, because even as the leaders of the National Liberation Council (NLC) junta that legitimately overthrew the Nkrumah-led Convention People’s Party (CPP) dictatorship publicly and emphatically declared, in the wake of the paradoxically auspicious putsch that ousted Mr. Nkrumah, “Kwame Nkrumah’s place in the annals of Ghanaian history, African history and, indeed, global history, is assured,” irrespective of the fact of the myth of invincibility of the brutal dictator having been irreparably auspiciously broken.

Now, insulting the intelligence of both President Addo Dankwa Akufo-Addo, the man who has done perhaps the greatest and most definitive honor to the memory and place of Dr. Busia in postcolonial Ghanaian history, as well as the intelligence of those Ghanaian citizens who love, honor and cherish the memory of Prime Minister Busia, would not amount to a hill of beans, in New York City vernacular. To be certain, I did not watch/listen to Nana Frema Busia’s alleged interview with Mr. Bernard Avle, or whoever she claims to have interviewed her on the subject in discussion, and do not intend to do so anytime soon or ever. After all, were Nana Afua Frema’s father not the immortalized Prime Minister Busia, we would not be wasting a split-second of our time and our precious breath on her purely fabricated twaddle and morally unwarranted grievances.

Her objective here may clearly be to cause internal cleavages within the Akufo-Addo-led ruling New Patriotic Party (NPP) in the leadup to the 2020 general election. But she can rest assured that her avid wish will not come to pass. We have gone down this primrose path before with one of the Busia daughters and have come to recognize the far greater significance of the collective destiny of Ghanaians at large and, indeed, the rest of the entire African continent, to allow one gratuitously disgruntled pesky mosquito – my profound apologies to General Mosquito, aka Mr. Johnson Asiedu-Nketia – to derail our efforts. If, indeed, Nana Afua Frema Busia feels insulted by the fact that President Akufo-Addo would rename a university located in the home region of Dr. Kofi Abrefa Busia after the latter, she may do well to compare the latter to the scandalous crafting and erection of, perhaps, the ugliest statue in the image of the putative Doyen of Gold Coast and Ghanaian Politics at Kyebi, which, by the way, is/was not really the hometown of Dr. Danquah.

The fact of the matter is that everybody cannot be fully satisfied with the kind or gesture of honor visited on their icon, idol or even demigod. Which is just another longwinded or roundabout way of saying that if Nana Frema does not like the Anane-Agyei-authored biography of her “superhuman” and “angelic” father, absolutely nothing prevents the wistful critic from penning and publishing what she deems to be the definitive biography of the legendary Ghanaian educator, scholar, sociologist and politician. After all, wasn’t Dr. Busia your own flesh and blood, Nana Frema?