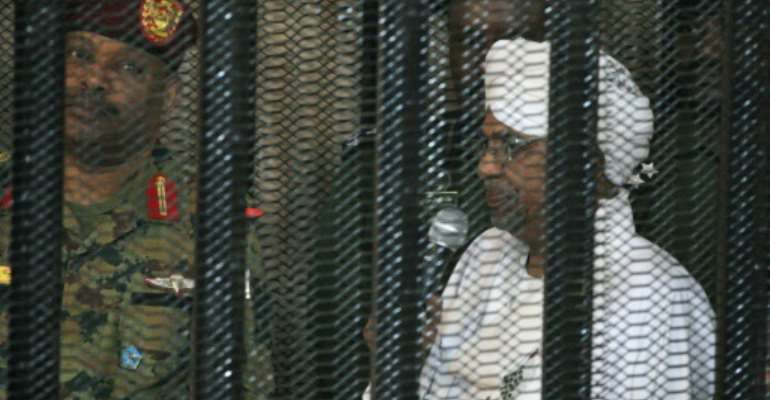 Former Sudanese president Omar al-Basir, who was forced from power in April, appears in a Khartoum court on charges of receiving and possessing foreign funds illegally. By Ebrahim HAMID (AFP)

Omar al-Bashir received $90 million in cash from Saudi royals, an investigator told a court at the opening Monday of the deposed Sudanese strongman's corruption trial.

The former president, who was forced from power by months of protests in April after 30 years in power, sat in a metal cage wearing a traditional white gown.

His relatives chanted "Allahu Akbar" (God is greatest) as proceedings got under way in the Khartoum court where he arrived in a huge military convoy.

Bashir faces a raft of charges of war crimes, crimes against humanity and genocide from the International Criminal Court over his role in the Darfur war but Monday's trial is over graft allegations.

Large amounts of cash were found at this residence after he was toppled and the investigator said the case brought forward to the court probed some of that money.

"The accused told us that the money was part of a sum of $25 million sent to him by Prince Mohammed bin Salman to be used outside of the state budget," investigator Ahmed Ali said.

According to him Bashir had said he also received two previous payments of $35 million and $30 million from Saudi King Abdullah, who died in 2015.

"This money was not part of the state budget and I was the one who authorised its spending," the investigator quoted Bashir as saying. 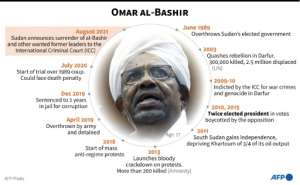 Bashir had said the Saudi money was exchanged and spent and that he could not remember how nor did he have documents providing further details, he added.

Bashir looked calm during the nearly three-hour session, which an AFP photographer and correspondent attended. The next hearing was scheduled for August 24.

In May, Sudan's prosecutor general also said Bashir had been charged over killings during the anti-regime protests which eventually led to his ouster.

London-based rights watchdog Amnesty International has warned however that the corruption trial should not distract from his Darfur indictments.

"While this trial is a positive step towards accountability for some of his alleged crimes, he remains wanted for heinous crimes committed against the Sudanese people," Amnesty said.

Amnesty urged the country's new transitional institutions to ratify the ICC's Rome Statute, a move that would allow for his transfer to the international tribunal. 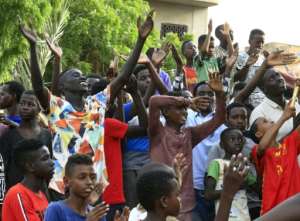 The Hague-based ICC has for years demanded that Bashir stand trial, and has renewed its call since his fall.

The head of Bashir's defence team, Ahmed Ibrahim al-Tahir, said in July that the ousted leader's trial had no "political background".

"It is an absolute criminal case with a baseless accusation."

It was the sudden tripling of bread prices in December that sparked the mushrooming protests which led to the toppling of Bashir by the army in April.

The trial comes as the composition of the joint civilian and military sovereign council that will steer the country of 40 million through a 39-month transition was due to be unveiled on Monday.

The line-up had been expected to be announced on Sunday but it was delayed after one of the five nominees put forward by the opposition alliance representing protest leaders turned down the job.

The Transitional Military Council which took over from Bashir and will be dissolved by the creation of the sovereign said the announcement had been delayed at the request of the opposition.

The composition of the new body is now expected on Tuesday. 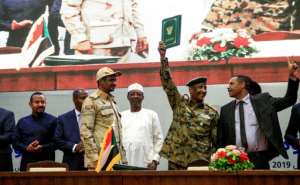 The council will oversee the formation of a transitional civilian administration including a cabinet and a legislative body.

The transition's key documents were signed on Saturday at a ceremony attended by a host of foreign dignitaries, signalling that Sudan could be on its way to shedding the pariah status the Darfur atrocities and Bashir's international arrest warrant had conferred on it.

Amidst the euphoria celebrating the promise of civilian rule, unease was palpable however within the protest camp that brought about one of the most crucial changes in Sudan's modern history.

One of its main causes is the omnipresence in the transition of General Mohamed Hamdan Daglo, a paramilitary commander and one of the signatories of the documents, whose forces are blamed for the deadly repression of the protests.

And it remains unclear how the transitional institutions will tackle the daunting task of pacifying a country plagued by several conflicts, including in the regions of Darfur, Kordofan and Blue Nile.