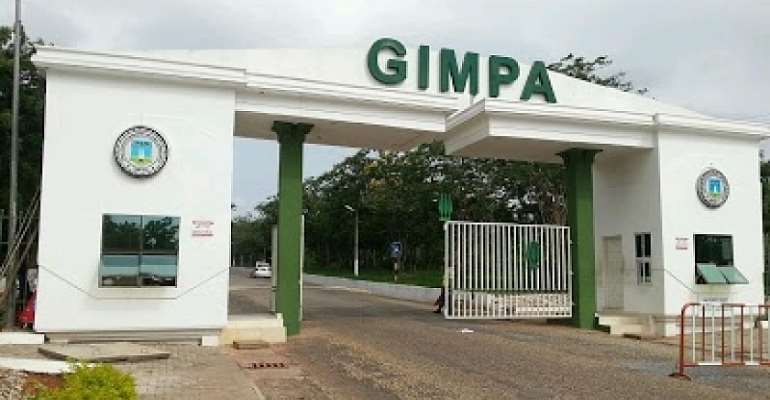 The Ghana Institute of Management and Public Administration, GIMPA has described as misleading and mischievous, a publication by the Chronicle Newspaper which suggests that it sold admission forms to applicants without offering them neither the course nor a refund.

According to the Institute, its intention to roll out a law degree course in satellite campuses in Kumasi, Takoradi and Tema was put on hold.

However, the fifty-five applicants who applied were asked to put in a request for a refund in writing.

The Institute said so far only six applicants had done so.

It has therefore in a statement signed by its secretary, Julius Atikpui demanded a correction of what it describes as a misleading story in seven days or face their wrath.

“The Institute wishes to communicate unequivocally its abhorrence to the front-page headline which in its view is palpably misleading, mischievous, malicious and flies against the facts on the issue. The content of the publication was also riddled with factual inaccuracies arising from your lack of adherence to the basic tenets of journalism-fact checking. This kind of yellow journalism should not be associated with a newspaper such as The Chronicle.”

“It is the hope of the Institute that the above 10-point explanation of the facts as it relates to the issue would aid you in correcting the unbalanced and fact-bereft publication which you mischievously and maliciously published to damage the image and brand of the Institute. It is reiterated for your attention that the Institute expects you to cause a rejoinder to be published in the same form and manner as the earlier publication within the timeframe mentioned above. Do not doubt the resolve of the Institute to pursue this matter to the ends afforded it by the laws of Ghana,” the statement said.