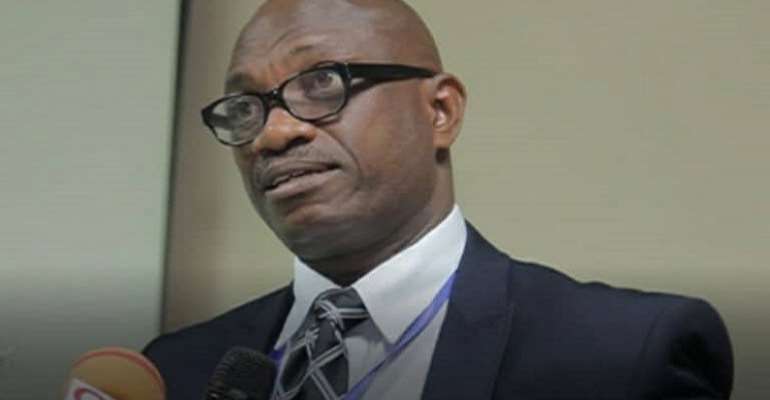 The Deputy Minister for Employment and Labour Relations, Bright Wireko-Brobbey has downplayed claims that the governing New Patriotic Party is cooking its own figures on the number of jobs it has created since it assumed office.

The Deputy Ranking Member of Employment, Social Welfare and State Enterprise Committee of Parliament, Richard Quashigah has said the government’s data on jobs and unemployment is incoherent.

“I think that when you want to journey back to history, the facts must speak for that era. They [NPP government] talked about 600,000 jobs and they provided categorization and jobs that disguised unemployment, seasonal jobs among others. But at this time that we find ourselves in, figures have just been dangled without necessarily giving a very concrete breakdown. We challenged the Employment Minister to give us some form of breakdown which itself brought about debates.He said the planting for foods and jobs has provided some 745,000 jobs but that figure has even been challenged by experts because that couldn't be substantiated. When the President came to Parliament he shied away from the figure and gave 200,000 jobs under planting for food and jobs. Obviously, this appears that government was speaking at cross purposes”, he told Bernard Avle on The Point of View on Wednesday.

Mr. Quashigah also questioned among other things, the specific existence of these jobs government is said to have created adding that government is on a job replacement spree and not necessarily creating jobs.

“That is false because…[You cannot say] the Ministry of Transport is adding on when they recruit people from Metro Mass, Tema Shipyard, the DVLA… You cannot tell me that in the Interior Ministry for instance when we have the Ghana Police Service [recruiting people], we are adding on…It does not work that way.”

“The figures we have here are deduced from the metadata of the Ghana Statistical Service,” he said.

A total of 611,397 new jobs have been created in the formal sector, according to the Minister of Employment and Labour Relations, Ignatius Baffuor Awuah.

He gave the figures during his turn at the Meet the Press series on Thursday.

Out of the 611,397 new jobs created, the Minister said 343,458 were employed by the various Ministries, Departments and Agencies (MDAs).

He said the remaining 267,939 were employed in the “formal private sector.”

The Planting for Food and Jobs project has been the biggest contributor to new jobs over the last two years.

The project, he said, ensured the creation of 1,539,000 new jobs in Agriculture, which accounts for 38 percent of all employed persons.

The Minister also said about 422,000 Ghanaians are currently searching for jobs.

“People who are actually not working and made efforts to look for work and did not obtain work summed up to 422,000. So strictly speaking these are the unemployed persons that we have on our hand,” he said.

The Minister however said an additional 417,000 people have given up looking for jobs out of frustration and lack of hope.

“I will also agree that, somebody will decide that I will not go and look for jobs at all because even if I go I will not get. So I will make no effort…Their number is 417,500. So if you add that to those who are looking for work but are not getting it, the percentage then moves [from 3.7%] to 7.1%.”