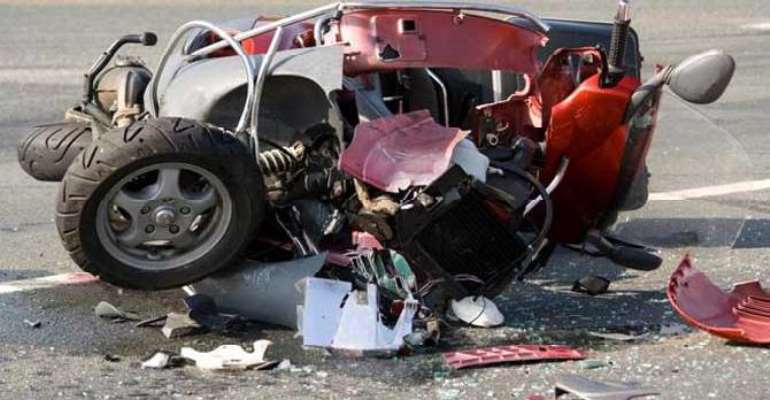 The Ashanti Regional Police Command in collaboration with the Regional Motor Transport and Traffic Department (MTTD) has launched a campaign to clamp down on road traffic accidents in the region.

The campaign, dubbed "Operation to Reduce Deaths on Roads", would be centered mainly on enforcing road traffic laws and education for motorists and passengers at the various bus stations in the region.

The Deputy Ashanti Regional Police Commander, ACP David Agyeman Adjem, in a press conference at the Regional Police Headquarters on Thursday, August 15, 2019, said the campaign was imminent as road traffic accidents keep on soaring in the region.

ACP David Adjem in his address disclosed that a total of one thousand, nine hundred and twenty one (1,921) road traffic accidents were recorded in the first quarter of 2019.

According to him, out of the total, two hundred and forty (240) lives were lost while two thousand, three hundred and nine (2,309) victims sustained various degrees of injuries.

“The first phase of the campaign which is the enforcement of road traffic laws would focus on ensuring that the drivers use the right wheel tyres, wear seat belts and check sub-standard vehicles and driving under the influence of drugs,” he noted that.

“The second phase would target motorists and road users, where they would be taken through road traffic education to help reduce road accidents,” he added.

He called on the public and the media to support the campaign to make it a success.

He however charged the police personnel in the region to work in a police-like manner to ensure that the aim of the campaign is achieved.