Media Attacks In Recent Times Is Betrayal Of Democracy! 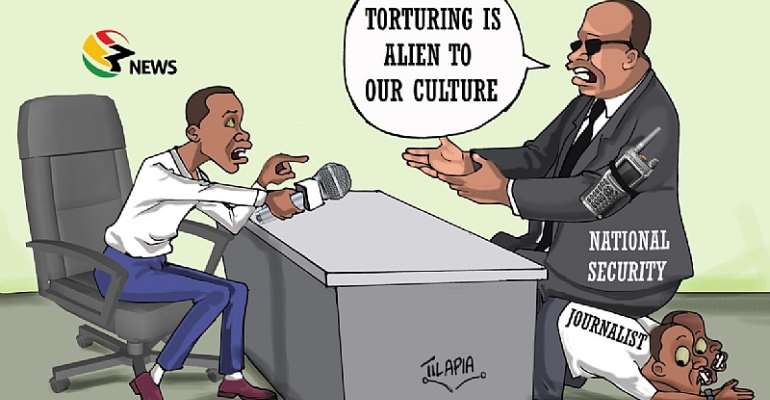 A few days ago, Professor Kwame Karikari described the recent spate of media attacks as frightening. One is tempted to say that Professor Karikari’s description was more taciturn than terse.

For, in the military era everyone is aware that the independence and freedom of the media is not on the table; however, in a democracy where the constitution gives the media a right to be free and independent, but right in the eyes of the law, the media is suffering repression, oppression, and suppression – it means that there is fire on the mountain.

As a country, we chose this part because we were and are still convinced that it is a path that leads to good governance and has the tendency to further catapult our society in to not a utopian one, but one where the journalist can do his or her work without fear or favour in order to ensure development in all aspects of our national lives.

From the eighteenth century up to date, the desire to have a society that runs on the currency of social justice and human rights, men and women have written and spoken about how the media plays a critical role and as such no matter the situation, at no point in time should the media suffer any form of repression, suppression or oppression.

At one point in time in this country, the media was censored and the journalist was gagged. Those were days which should never be allowed to creep back into our national lives. The history of those days should inform us to form just calculations with respect to present and future state of media attacks as well as the present and future state of media freedom in Ghana.

Robert Nesta Marley once stated, “if you know your history then you will know where you are coming from.” We know our history from the post-colonial days until the era of the culture of silence and arbitrary detention of journalists which gave way to a free and independent media as enshrined in Chapter Twelve of the 1992 Constitution.

While this impunity is going on, the response of the government of the day is one of rhetoric. Rhetoric on how President Nana Addo Dankwah Akuffo-Addo is one who believes in press freedom. Yes, the President sometime back had joined the fight for press freedom. One is only silenced but not convinced whether the energy with which the President stood with others against media repression and suppression sometime in the past is the same today. The matter goes beyond repealing laws and assenting to laws. Laws are given action when they are enforced and abided by not when they lie dormant in print and copiously repeated.

As we speak members of his government and in his party have threatened journalists and are putting the “fear of God” in these journalists. Is it not paradoxical, that in a democracy where the media is supposed to be free, a journalist is killed, another is walking on the streets of Accra with a police escort, while another is consistently looking through the windows of his office and home so as to know who is following him?

The matter is beyond frightening. It is impunity. It is a betrayal of press freedom and Chapter 12 of the 1992 Constitution! It is a slap in the face of the efforts of those who at the peril of their lives spoke and wrote against any form of media repression, suppression or oppression.

The issue must be spoken against tersely. It is not only frightening. It is a betrayal. It is a retrogression. The government needs to be told that, they have crossed the line – Ahmed Suale is dead; Latif Iddrisu is still suffering from head injuries; and Manasseh Awuni Azure and Edward Adeti are looking over their shoulders, while some others are nursing wounds of torture from National Security operatives.