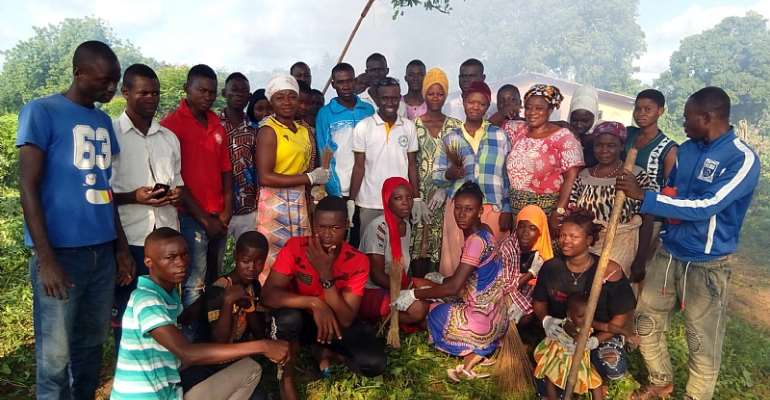 A proud Canteen Yaaro, Mr.Ananpansah B Abraham once remarked that "there is true, undiluted joy in communal toil".

And this was well demonstrated....
Eid al-Adha or Eid Qurban, also called the "Festival of the Sacrifice," is celebrated across the globe each year,to honour the willingness of Ibrahim to sacrifice his son, Ishmael as an act of obedience to the command of God.

As part of activities marking this holy day, the youth of Canteen, a suburb of Damongo in the Savannah Regional capital, in their usual fashion and high sense of patriotism embarked on communal labour in the Canteen Electoral Area to commemorate the day.

With synergy and combined energy, the youth tended to keep the only public toilet in the community squeaky–clean.

The men cleared the grasses, gathered and burnt the garbage, whilst the women swept the interior and assisted the men to mob the floor to keep the washroom tidy and plain as a garment.

The enthusiastic youth responded actively to the campaign, even in the festive season, bearing in mind the cost of treating diarrheal diseases such as Cholera, and other illness in the range of Typhoid, Malaria and dysentery.

They took up the mantle after pleas from community members and users of the comfort station about its filthy nature reached a crescendo with no action from people in authority. This sparked public outrage.

The lead organiser, Abraham Ananpansah who is noted for leading such campaigns in the community, was full of applause for the youth for responding promptly to the bandwagon even at a very short notice.

Whilst the youth were commending him for always taking the bold step and lead in mobilising them to embark on such voluntary activities for the community; he said the glory rather belongs to them for always listening to him and availing themselves in large numbers for such exercises.

The development journalist added that, as community members, positive attitudes clearly removed from indiscriminate littering of such public facilities must be developed for the seek of posterity.

He disclosed that this is fourth of its kind in the unending series of reviving the seemingly lost spirit of communal labour in Canteen and beyond.

As stated by Mark Herman, he believes the power of the community in creating health is far greater than any physician, clinic and hospital.

He noted that there is no point in cursing the wind and flooding the airwaves with cacophonous chaos if what we call "Zoomlion fail to sweep the street and desilt the gutters. Diminishing marginal returns must not set in on the ability of the women to carry water, whilst the men mix mortar and put up the buildings. The politics of coloring development and clothing same in partisan politics must not take center stage in our society in his view.

"Individualism must not substitute communism and communal spirit. Let us revisit and renew the spirit of communal labour. Canteen youth is clearly showing the way," he admonished.

The power of community mobilization and the seemingly lost days of communal labour:

I hearken back to a poem I wrote months ago and a wave of nostalgia swept over me strongly.

The repeated rhymes of the poem were driven by a drunk desire to see a return of the good old days.see: https://mobile.ghanaweb.com/GhanaHomePage/features/Tales-of-the-good-old-days-635397. .. http://ananpansah-ab.blogspot.com/2018/03/tales-of-good-old-days.html?m=1 .

When I talk about the good old days in this written account, I mean to say the days of communal labour. And probably, the days sanitation officers (they were called 'Samasama') use to effectively enforce sanitation laws.

I write of communal labour in a personal coinage as a joint action of community members accomplishing a task to the benefit of the entirety of society. Such labour leads to the achievement of a common goal, thus improving the quality and standard of living of community members and the provision of social amenities.

Sticks in a bundle are unbreakable and a little rain each day will fill the rivers to overflowing.I end with a quote from Jeff Bridges, "The way to change the world is through individual responsibility and taking local action in your own community."

I am a proud Canteen Yaaro! 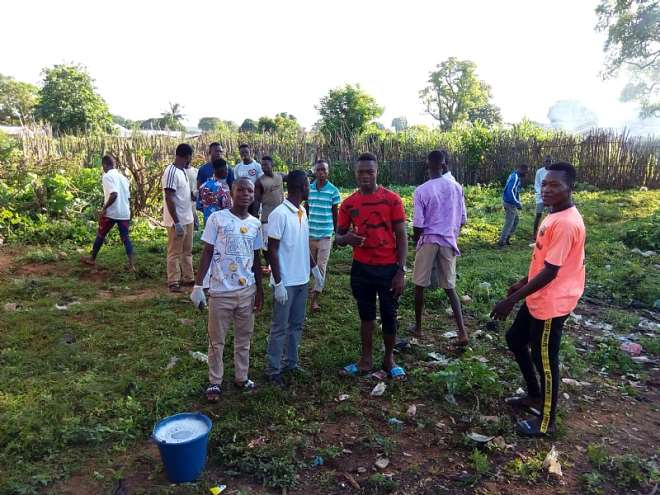 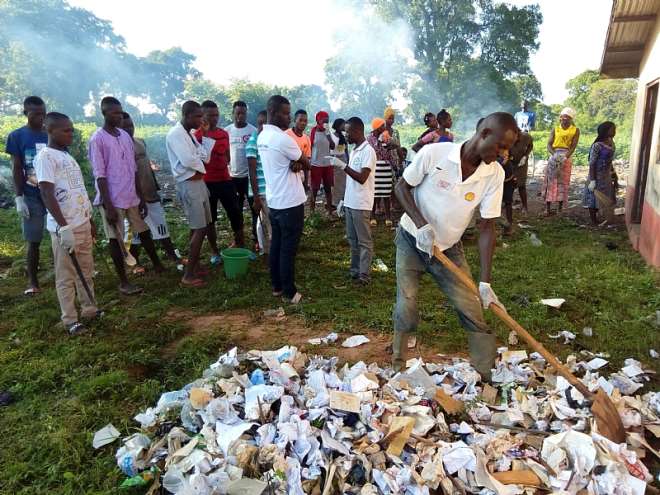 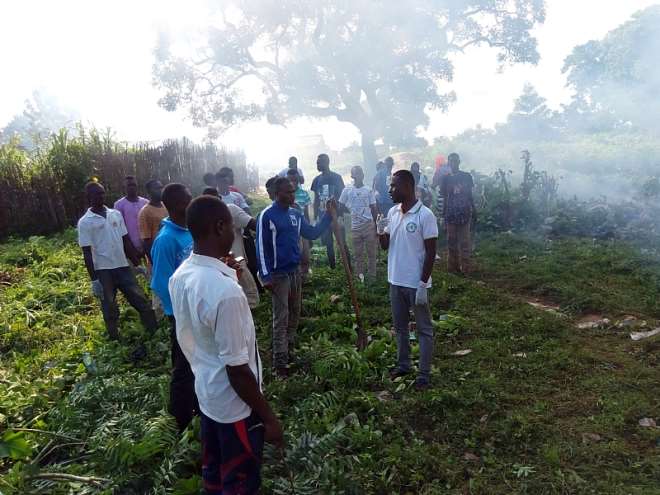 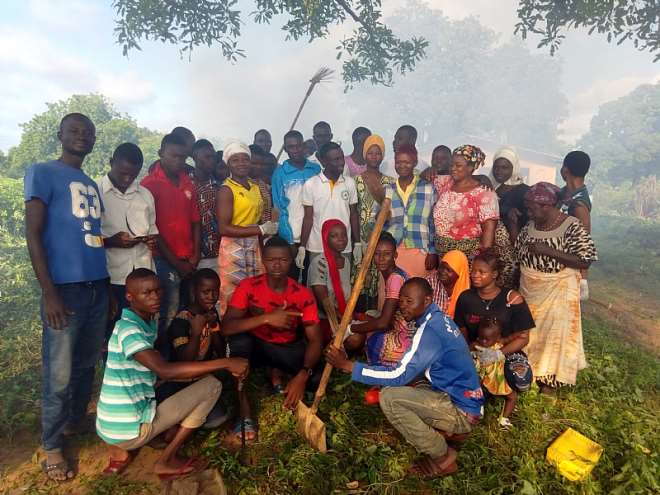 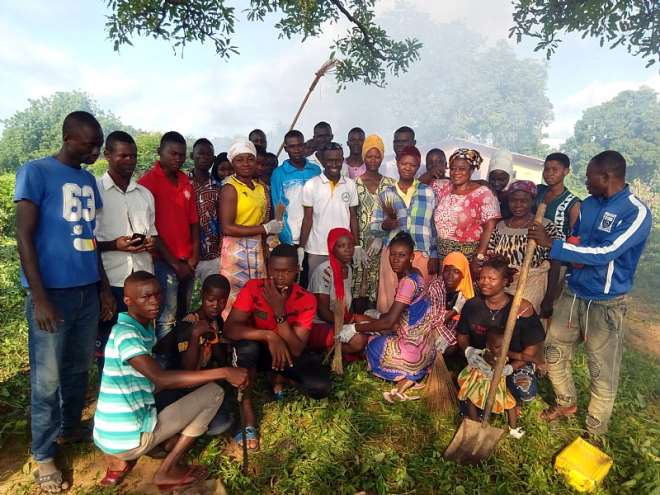