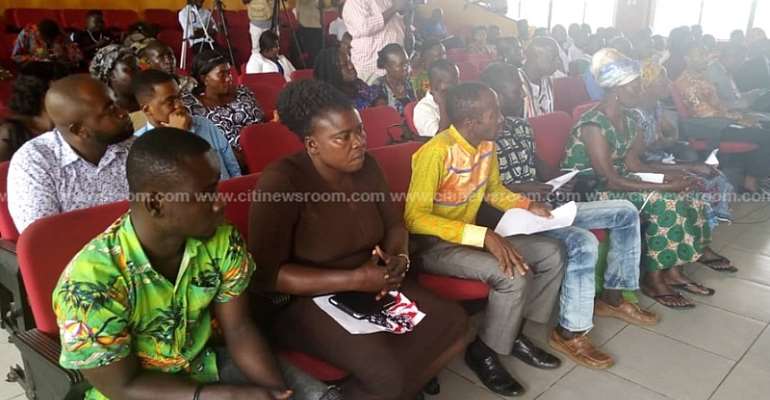 Families of the 44 Ghanaians who were killed in the Gambia in 2005 and the known lone survivor of that massacre, Martin Kyere, are asking government to share with them, its course of action on their case, following the confessions by two Gambian soldiers that they participated in the killings on the orders of Yahya Jammeh, ex-president of the Gambia.

A statement signed by Martin Kyere on behalf of the victims' families and himself, said Government had not reached out to them or informed the public about its course of action to secure justice for them following the widely publicized confessions by the two Gambian soldiers, Lieutenant Malick Jatta and Corporal Omar A. Jallow at the Gambia's Truth, Reconciliation and Reparations Commission (TRRC) last month.

The statement expressed disappointment that in spite of the live video confessions by the two soldiers, the Minister of Foreign Affairs and Regional Integration, Madam Shirley Ayorkor Botchwey said at a Meet-the-Press series on Tuesday, this week, that no linkage had been established about Yahya Jammeh's complicity.

The statement recalled that in a letter dated, July 18, 2019 and addressed to the Information Minister, Mr. Kojo Oppong Nkrumah, the group indicated that it had been over a year since the Government of Ghana announced that it was studying their request to bring former President of the Gambia, Yahya Jammeh to justice in order to determine the best course of action.

They are, therefore, requesting an update on the outcome of the said review, as well as, the next course of action to seek justice for their family members who were killed, adding that they are yet to receive a response.

It will be recalled that in May 2018, the government of Ghana in a statement signed by the then Minister of Information, Dr. Mustapha Abdul-Hamid stated among other things that: “Government shall inform the Ghanaian people of its decision in respect of this matter as soon as it receives the reports of the Ministry of Foreign Affairs and the Attorney-General's Department.”

In their letter to Mr. Oppong Nkrumah, the families of the 44 Ghanaians and the lone survivor said government's response to their request in 2018 was “a step in the right direction towards ultimately seeking justice for our dear family members who were often the breadwinners of our families.”

“We were also encouraged that the government of the Gambia through its spokesperson, Mr. Demba Ali Jawo, had pledged its commitment to cooperate with any request from the government of Ghana to investigate the massacre. We, therefore, looked forward with great expectations to the outcome of the government's review after it had studied the request to bring Yahya Jammeh and his accomplices to justice,” the letter stated.