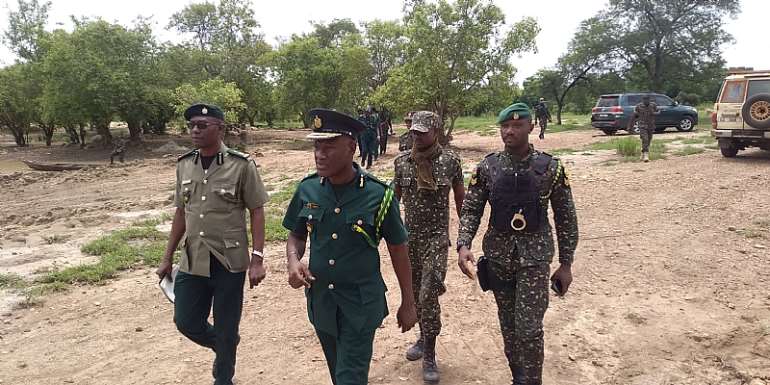 The Comptroller General of the Ghana Immigration Service Lawyer Kwame Asuah-Tekyi has hinted the service will undertake a massive transfer exercise in the next few months.

Mr. Tekyi indicated most of the officers at the border towns have over stayed amidst poor working conditions while their colleagues are in the towns luxuring about.

"I have seen for myself the conditions in which you serve this country which I must commend you. When I get back to Accra, those who have stayed more than four years will all be transferred to the cities to also go and enjoy the air conditions," he hinted.

BACKGROUND OF VISIT
The Comptroller General lawyer Kwame Asuah-Tekyi is on a nine day working visit to the Northern, Savannah and the Upper West Region to see for himself the nature of Ghana's borders and also interact with his men.

He also visited officers in neighbouring Burkina Faso at the Tumu border where he admonished the officers to collaborate with their Ghanaian counterparts in the fight against border crimes.

ARMS BEFORE CHRISTMAS
On arms, the Comptroller General said government has finalized procurement processes and containers of arms will be in the country before Christmas.

"We immigration officers are the first defense of the country so when I discussed the issue of the arms with the minister for interior and the national security minister, the reasoned with me and very soon we will be well-armed," he stated.

He however cautioned the officers to be discipline while holding the arms such that they don't shoot at any slightest opportunity.

FERTILIZER SMUGGLING
Mr. Asuah-Tekyi was shocked at the reports from his officers on the ground on how some Ghanaians have tried smuggling fertilizer meant for the planting for food and jobs programme to neighbouring Burkina Faso and Ivory Coast.

He was stunned at a recent attempt to transport 1,950 bags of fertilizer to Burkina Faso through an unapproved route at Fielmo in the Sissala East District of the Upper West Region.

"The President in his own wisdom to increase production rolled out the planting for food and jobs with more money but look at how some greedy Ghanaians are helping collapse the programme," he lamented.

On August 1, 2019, officers on patrols at the Fielmo area intercepted two trucks in an attempt to smuggle fertilizer meant for the planting for food and jobs programme into Burkina Faso.

When they impounded the trucks, the owner offered them a 25,000 bribe sum to allow the trucks pass because he was going to make a 60,000 profit.

The seized trucks were handed over to the customs division of the Ghana Revenue Authority at Hamile.

The project which is financed by the Kingdom of Spain is aimed at providing assistance, education and counselling to prospective migrants.

It is the second to be commissioned in the country with the first in the Sunyani Municipality.

COURTESY CALLS
The Comptroller General as part of his tour of the three regions paid courtesy calls on some prominent individuals in the regions.

His first point of call in the Northern Region was at the Dakpem Naa's palace.

He told the chief his great grandmother hails from Tamale and so being in Tamale meant he was home.

He noted that visiting the DCE for Bole Veronica Alele Heming and had fruitful discussions with her on how to improve border security.

Mr. Tekyi as part of his tour also paid a courtesy call on the 34th King of Wa, Wa Naa Fuseini Seidu Gbelgo.

He later concluded his tour with a working visit to the Upper West Regional Minister Dr. Hafiz Bin Salih where matters on logistics and welfare of officers were discussed.

The Minister offered a hospitable dinner for the Comptroller General and his officers at his residence. 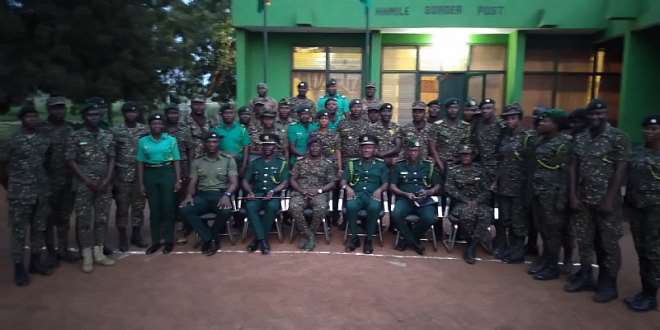 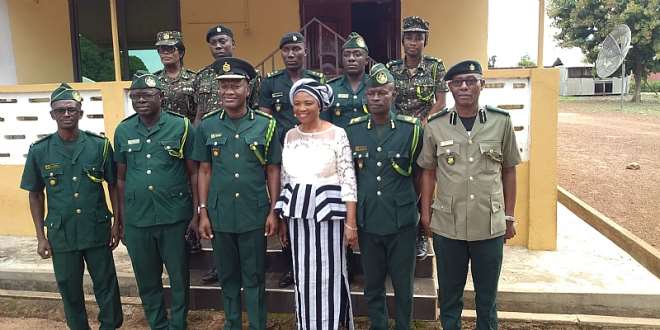