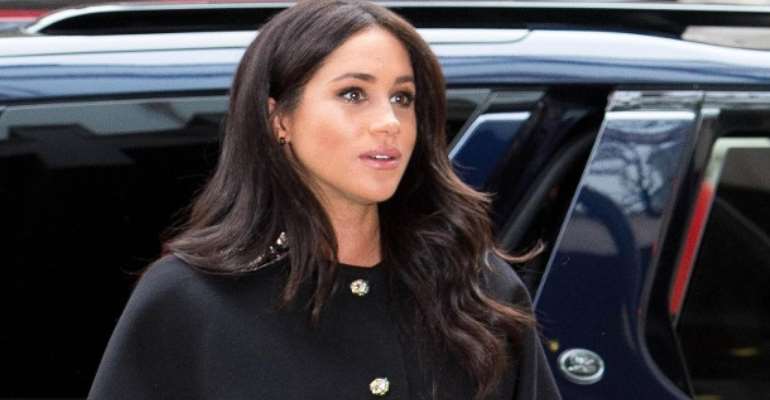 Duchess Meghan: She officially belongs to the British royal family since 2018

Before her marriage to Prince Harry, Duchess Meghan lived in America. The house where she lived with her ex-husband can now be bought for a proud price.

She lived like a Hollywood star, now she lives like a royal: With the wedding in May 2018, the life of Duchess Meghan turned 180 degrees. The 38-year-old has not only given up her job as an actress, the American has also moved her centre of life to England.

From Actress to Royal
When Harry and Meghan met, the former serial actress still lived in Toronto. But Meghan was also at home in Los Angeles. From 2011 to 2013 she lived with her ex-husband, producer Trevor Engelson, in a small single-family house in the noble residential district of Hanock Park and this is now for sale.

Duchess Meghan's house in USA to go for 1.6 Million Euros

For 1.8 million US dollars (approx. 1.6 million euros) the cottage with four bedrooms, three bathrooms, an open living room with fireplace, a garden with terrace and a garage can be purchased on "homes.com".

However, Meghan will not have a close connection to these four walls any more. When she and her husband moved into the house, she was already shooting for the lawyer series "Suits". During this time, the couple had a long-distance relationship. He lived in Los Angeles, she lived in Toronto. In 2013 the actress and the producer separated.

Today Duchess Meghan lives in Windsor, a small town near London. A few months ago she and Prince Harry moved into the Frogmore Cottage, which was renovated with tax money of 2.4 million British pounds (approx. 2.7 million euros).