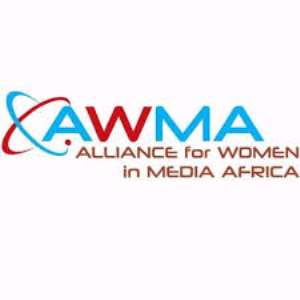 A group calling itself Alliance for Women in Media Africa (AWMA) is calling on the Acting Inspector General of Police (IGP), James Oppong-Boanuh to initiate an investigation into the alleged assault of Daily Graphic’s Tema Regional Correspondent, Della Russell Ocloo by some troubled members of the Glorious Way Church at Sakumono.

According to AWMA, the troubled members attacked the female journalist at the church after she was spotted reporting on a peace march organized by the ‘1000 Women’s March’ against the founder of the church, Prophet Badu Kobi following unacceptable remarks he made while preaching at his church weeks ago.

“On Sunday 4th August 2019, Della Russell was allegedly attacked by some agitated members of the Glorious Wave Church. Ms. Russell had gone to report on a protest by the ‘1000 Women’s March’ against the recent ethnocentric comments by the church’s lead pastor, Prophet Badu Kobi. Ms. Russell was allegedly manhandled by church members, they demanded she delete footage she had taken of the church’s activities, and one member threatened Ms. Russell with a club with nails attached to it,” the group stated.

This was after the founder and general overseer of the Glorious Wave Church, Prophet Badu Kobi made some degrading statement against Fante, Asante and Ewe women in general.

The man of God in his delivery said “Fantes women are stupid, Asantes are rude and greedy whiles Ewes are clueless”.

These comments received mixed reactions from many Ghanaians especially women as many threw jabs at him. The issue which made waves on local media outlets and subsequently triggered the Manhyie Palace to release a statement asking the man of God to apologise for inciting tribal war among the people of the various regions but the Prophet refused to render any apology.

This, the Alliance for Women in Media Africa (AWMA) also urges the IGP to investigate and call to order its officers who allegedly pinned Ms. Russell down in the police car.

“The police were called but they seized her phones when she demanded to know if she was under arrest, denied her right to call her lawyer. The Station Officer demanded Ms. Russell be detained and taken to court the next morning.The Police released Ms. Russell without charges, explanation, apology or further action,” the statement added.

AWMA however says it condemns the blameworthy conduct on its member adding that it typifies the increasingly dangerous environment within which journalists, especially women, practice their profession.

The group, although condemns the actions of the police, it also says the alleged assault is another example of rampant violations against the lawful conduct of media practitioners in the country.

“AWMA demands a full and thorough investigation into the police’s response. AWMA calls on the nation’s media houses to secure their employees with appropriate measures to enable them to carry out their work as media practitioners without fear of attack,” the group noted.

The statement stressed that Journalism is a profession which has its freedom protected and guaranteed under chapter 12 of Ghana’s Constitution. The freedom, guaranteed by law, is increasingly threatened by this violation by citizens and by those whose duty it is to uphold the law and protect citizens.

Meanwhile, ModernGhana is learning that Glorious Wave Church through a statement is asking the general public to debunk allegations of alleged assault on Ms. Della Russell Ocloo by its Junior Pastors and church members.