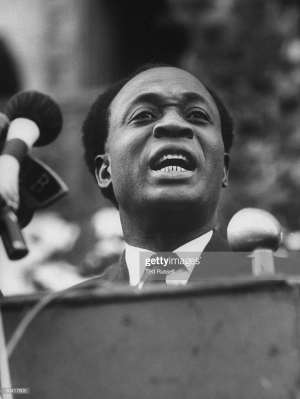 The Akufo-Addo government, despite the overwhelming support it received from trusting Ghanaians, has brought the virtuous craft of nation-building into great disrepute.

There are many enterprising young Ghanaians, within the rank and file of the New Patriotic Party, that looked up to candidate Akufo-Addo and his prospective government as the much needed intellectual-front that would deliver progress. It has become quite clear that this isn't the case.

Today, a drive around town after hours can leave any observant person open-mouthed throughout the entire voyage. I recently spotted a lady with a protruding belly at the Akufo-Addo circle flagging my ride. Any discerning person would notice that she was most likely a pregnant sex worker, since that particular roundabout route often has a cluster of hookers. These must be very tough times for the Republic; even sex-workers aren't taking maternity leave.

But the average partisan loses all sense of objectivity and open-mindedness, even when presented with hardcore facts, once the actions of their preferred party is subjected to critical scrutiny and deemed detrimental to the welfare of the citizenry at large.

To an extent, I can sympathise with the rather irrational emotional response from such people that often meets constructive criticism: it isn't that such passionate partisans are asinine lackeys; it is the guilt and opprobrium associated with endorsing a crook-coddled political establishment that haunts the conscience of these people.

So, when you receive a tongue-lashing from a disillusioned partisan simply because you are looking out for the greater interest of the citizenry, give them a warm embrace. They had absolutely no idea how terribly ineffectual their choice of government would be. However, partisans, instead of mounting futile defences for politicians inclined to pilfering, should rather channel their disappointments into something more purposeful.

The author has 86 publications published on Modern Ghana.