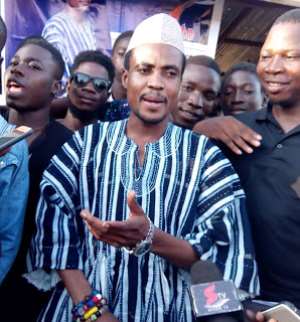 Mr Issah, who until recently was the party Northern Region's Communications Director is hoping his rich experience gathered as party servant over the years will convince party kingmakers to endorse him as their parliamentary candidate for next year's general elections.

Mr Issah calls himself 'The Unifier' and says winning the Daboya seat will be crucial for adherents of the Danquah-Busia-Dombo tradition who are looking to maintain parliamentary majority after the 2020 general election.

The Tamale Teaching Hospital staff is therefore appealing to delegates to endorse his bid considering he can reach out to all, irrespective of their socio-economic-politico background.

Mr Issah has been a dedicated member of the NPP, having served the party for over 2 decades, starting as a serial caller and rising to the position constituency secretary in Tamale before becoming regional communications director .

Beyond politics, Mohammed Issah is a medical practitioner and a lecturer at the Nalerigu College of Health. He as a result has mentored countless number of young people who are now excelling in the field of Health.

He is also a philanthropist who has organised charity events including free health screenings in his native Daboya community.

The former constituency secretary gestures have helped transformed lives and improved general wellbeing of the people.