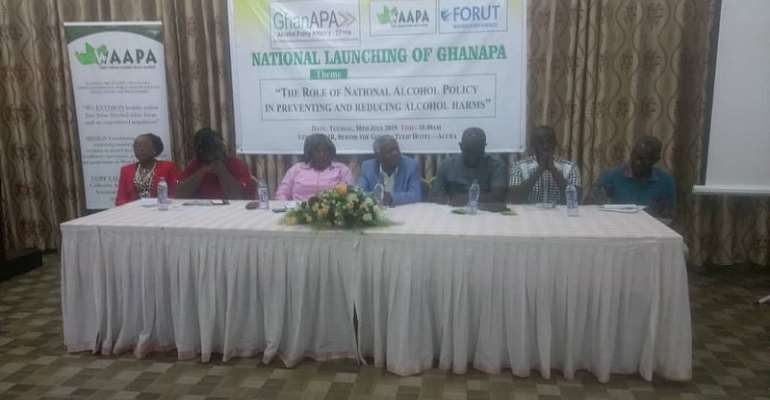 The Ghana Alcohol Policy Alliance (GhanAPA) has been launched today in Accra under the theme; "The Role Of National Alcohol Policy In Preventing And Reducing Alcohol Harms" with the call on other civil society organisations to closely partner government to create awareness and prevent Non-Communication Diseases (NCDs).

The vision and mission of the GhanAPA is to advocate an alcohol-free Ghana and to contribute to the elimination of alcohol use by minors and vulnerable groups in Ghana.

Statistics revealed that, in 2013, about 3.3 million deaths globally were attributed to alcohol consumption.

In 2010, worldwide consumption of alcohol was equal to 6.2 liters of pure alcohol consumed per person aged 15 years or older.

Hence, in Ghana 23.2 of its population (age 15 years and above) consumed alcohol. Which is also estimated that 2.1% of the population engage in heavy drinking among the same age group.

However, findings from the 2008 Ghana demographic and health survey (GDHS) indicates that 18 percent of women in Ghana consumed alcoholic beverages.

Benjamin Anabila, the chairman of GhanAPA said, the formulation of GhanAPA was influenced by global policy alcohol alliance to disseminate advocacy from the international level to the national level.

He added the organization will be embarking on the educational campaign at senior high schools to educate students on the effects of alcohol consumption.

Mr. Adam Abdul Fatah national coordinator, GhanAPA said, the time has come for Ghanaians to fight against the consumption of alcohol to protect the future generation.

"If there has ever been a time in our history where we have to stamp our feet on the ground to make a decision on the harmful use of alcohol especially to protect the future generation, then the time is now", he said.

Dr. Akwasi Osei, the CEO of Mental Health Authority commended GhanAPA and urged them to help promote the agenda of having a national alcohol law in the country. 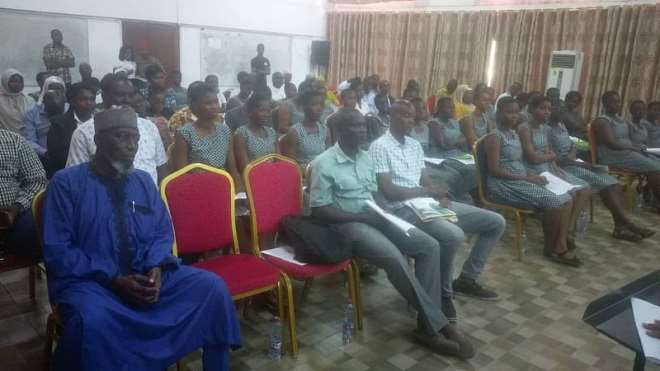 Payments Made To Customers Of Collapsed Banks, Others Must B...
9 minutes ago