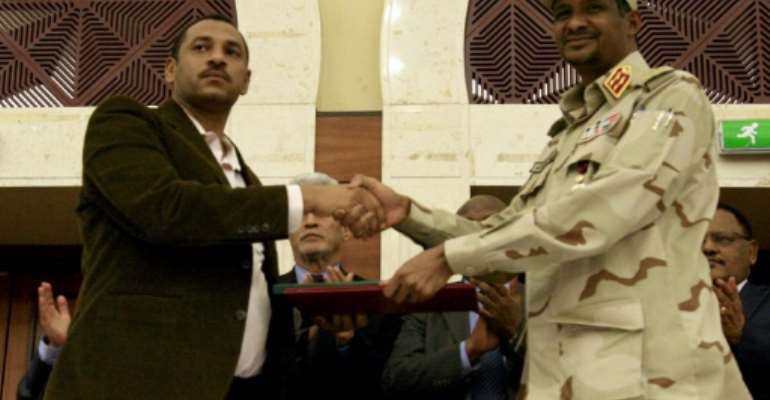 Sudanese protest leaders and their rebel partners have ended their differences over a power-sharing deal signed with the country's military rulers, vowing to work jointly for peace, a leading protest group said Thursday.

On July 17, the umbrella protest movement signed a power-sharing accord with Sudan's ruling generals that provides for a transitional civilian administration following the ouster of longtime dictator Omar al-Bashir.

But three armed groups who are members of the protest movement had objected to the deal, saying it failed to address conflicts in Darfur, South Kordofan and Blue Nile.

A group of protest leaders then flew to Addis Ababa for talks with the rebels, and after days of intense negotiations, they reached an agreement that was announced on Thursday.

"This agreement has discussed the fundamental roots of war... and aims to reach a comprehensive peace accord with all armed groups," said the Sudanese Professionals Association, which spearheaded the campaign against Bashir.

"The agreement paves the way for establishing comprehensive peace urgently once the transitional process for a civilian government begins," it said on its Facebook page.

The SPA said the "Addis Ababa Declaration" aims to "speed up the forming of the transitional civilian government".

It said the three armed groups in the Sudan Revolutionary Front have "reconciled with the Alliance for Freedom and Change on the transitional government and connected peace-related issues with the process of transition".

'We will be stronger'

The rebel groups also confirmed that their differences with the protest leaders had been resolved.

"I think with this agreement we will be united, we will be stronger," rebel delegate Nuraddayim Taha told AFP in Addis Ababa. 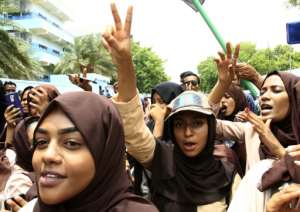 Scores of students of a Khartoum university celebrate after an agreement is reached between protest leaders and the transitional military council. By Ebrahim HAMID (AFP)

Tens of thousands of people have been killed in the three conflicts and millions displaced, with hundreds of thousands still living in sprawling camps.

The protest leaders and generals are still to sign a "Constitutional Declaration" dealing with outstanding issues -- including justice for demonstrators killed during months of protests.

The rebel groups had demanded that the document call on the new government to make peace negotiations a top priority.

Once a peace deal is finalised, sources said the rebel groups want their representatives to be part of the transitional government.

It is still unclear whether this demand had been addressed in the Addis Ababa agreement.

The rebels had also called for the extradition from Sudan of people accused of crimes by the Hague-based International Criminal Court, including Bashir.

Bashir is charged with war crimes, crimes against humanity and genocide for his alleged role in the conflict in Darfur that erupted in 2003.

The ruling generals have steadfastly refused to hand over Bashir to the ICC.

On Thursday, scores of protesters rallied in support of the agreement reached in Addis Ababa, an AFP correspondent reported.

"Achieving peace is very important," said Omar al-Dayer as he took part in a rally in the eastern Burri district of Khartoum.

"All of Sudan must be united after the transitional period and all displaced people must return to their homes."

Covid-19: Some recovered victims having erectile dysfunction...
21 minutes ago