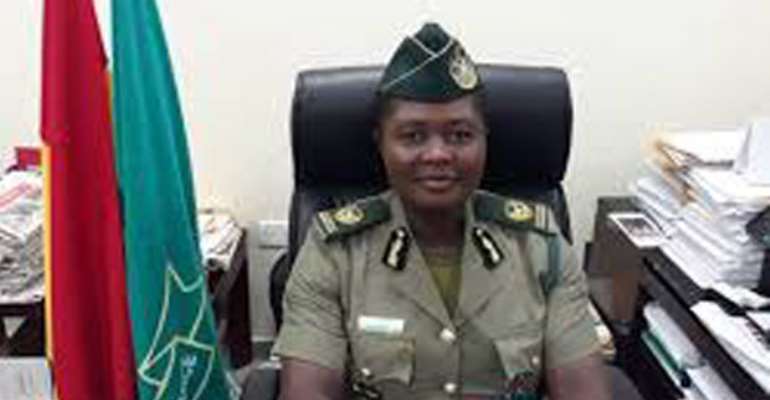 The officials of the Ghana Immigration Service (GIA) at the Kotoka International Airport (KIA) Command have rescued a 26-year-old woman from being trafficked to a Gulf state.

The lady (name withheld), who hails from Egbazo at Nzema in the Jomoro District of the Western Region, was spotted crying at the departure hall by an officer who then escorted her to the Immigration Fraud Unit for interrogation within the airport.

Upon interrogation, it was discovered that she had been recruited by a certain Alberta who later transferred her to another agent by name Mina in Accra to facilitate her transportation to the Gulf state.

According to her, she was charged an amount of GH¢7,500 but her family was able to raise GH¢2,200 with the promise to pay the balance on her arrival in the Gulf state.

Continuing, she said her family had threatened her not to return home should she refuse to travel to Lebanon.

Thorough checks on her passport revealed that she had travelled earlier to Saudi Arabia.

In a related development, six girls aged between 21 and 22, who were also scheduled to travel to Lebanon on board Ethiopian Airlines, were intercepted and stopped from embarking on the journey. The girls, suspected to be trafficked, appeared younger than their purported age in their passports.

When the girls were interviewed, they were unable to tell the purpose of travel or their final destination. One of them finally disclosed that she was travelling outside the country to work in a shop. The girls are from the Bono, Ashanti, North East and the Volta regions.

The Regional Commander of the Ghana Immigration Service KIA Command, ACI Edith Penelope Arhin, cautioned parents to take keen interest in the welfare of their children especially the girl-child, because travelling outside the country does not guarantee their future.

Parents should beware of people who pose as travel agents with juicy proposals of taking their children abroad to better their lives. There is no better job or greener pastures anywhere. “With determination and hard work they can make it here in the country,” Madam Arhin added.

The irony of the Gulf issue is that most girls return home mentally derailed, sick or dead on arrival, as harvesting of human parts is on the increase out there.

The KIA commander further cautioned young girls to seriously pursue their educational goals and learn some trading or apprenticeship. Parents and their girl-child are advised not to fall prey to human trafficking agents who lure them with juicy jobs in the Gulf.