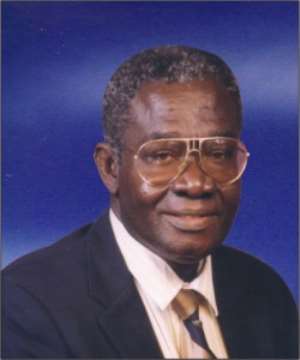 Accra, Feb. 2, Th Independent -- Outspoken NPP Member of Parliament(MP) for Asikuma Odoben Brakwa Constituency, Collins Appiah-Ofori, has rejected President Kufuor's assertion in the state of the nation address that journalists who have corruption allegations against public officials must present their evidence to the police for investigations.
Mr Appiah-Ofori, who is regarded by political observers as one of the most controversial politicians in the NPP for his critical stance on some polices of the ruling government, said going to the police alone is not the answer to the fight against corruption.
He said bringing alleged corrupt practices of some government officials to the attention of the president for him to take action is a better way of dealing with the issue.
The Asikuma Odoben Brakwa MP said on Tuesday after the state of the nation address that the President should take keen interest in corruption cases published by the media.
He said President Kufuor should rather refer such publications to his Accountability Office for it to determine the substance of the allegations before forwarding it to investigative agencies for appropriate action to be taken, if they could make any headway to indict the accused.
While he did not give reasons for his sharp disagreement with the President on the issue, it must have been prompted by the bad publicity NDC allegations of corruption and the rising perception of corruption in government has given the NPP administration in the last few years.
The MP said if the president genuinely pursues his commitment to fighting corruption, then the fight against corruption will be on course. The MP was hopeful that the president's fight against corruption will succeed in 2006.