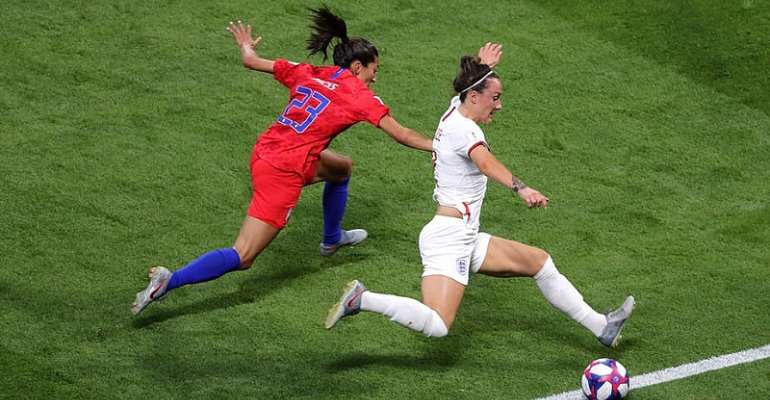 The National Broadcasting Company (NBC) featured a write-up by one Julie Compton where she was praising the visibility of lesbians in the just concluded female world cup finals in France. She proudly identified the lesbian players in the US national female team and extolled their various exploits.

She also mentioned their male counterparts in the male world cup teams. Ordinarily, there should not be anything strange about praising an athlete, but connecting this to homosexuality makes the whole thing suspicious. True.

We must note that no amount of media or political whitewashing can make homosexuality and other forms of sexual immorality acceptable. Same-sex relationships are immoral, sinful, anti-God, anti-society, debasing and unnatural. That is what it is. Yes, we praise the talents and efforts of these our young men and women, we love them, but at the same time we must voice out our reservation to the inglorious sexual path they have chosen and expect them to repent. Praise, whitewashing, political correctness cannot make wrong to be right. No way!

It is indeed very worrisome that the Western media, governments, political and business organisations and leaders are at the forefront of championing this ungodly and shameful practice. In fact, are putting all their resource and will have nothing to do with you unless you are on the same page with them on this matter. I remember a past president of US who actually threatened African and Asian countries on this. He promoted aids for homosexuality. I still remember how most African leaders reacted to that.

They told him to go to blazes with his homosexuality and leprous aids. They indeed made us proud. Now, these evil champions are coming from the countries that were supposed to be founded on Christian principles, the same people that brought the gospel to us. What an irony? Just look at our America – God’s own country. Suddenly and sadly, it has become the unrepentant champion of this evil.

Maybe to fully crown it all as it has been the headquarter s of the church of Satan and many other highly demonic occult organisations. What really went wrong? I know our fathers who built and dedicated this great nation to God, enshrined it in our constitution and currency must be turning in their graves by now. Even it has succeeded in seducing Israel - the city of God to join in this shameful pride parade. How do you feel seeing those gays raise their flags and proudly march on the streets of Israel? I weep.

Now, does your contribution to sports, politics or science change the truth? No! All major religions condemn homosexuality. Nature abhors it. And it also has so much negative of occult, health, psychological and social implications. But why is the West, especially American bent on fostering this evil on the rest of the world? Why won’t they keep it and the ‘benefits’ to themselves? I am indeed becoming ashamed of these so-called developed countries that are suddenly turning into something less than animals.

Yes, even the beasts know the difference between male and female. But these folks don’t. Now, they must again be reminded that what they are doing is sin again God and nature and will sure attract divine wrath. I wish to remind them that Noah’s generation was destroyed because of such sin of immorality. Sodom and Gomorrah were also burnt for homosexuality and immorality. They even tried to rape angels.

The records are there. For America and its allies on this path of infamy, remember that such terrible iniquity will soon ensure your defeat, shame, and downfall unless you repent quickly. And who knows why all these violent crimes, crises and natural disasters are befalling us today? They could be the beginning. A sign of what is to come. Be warned!