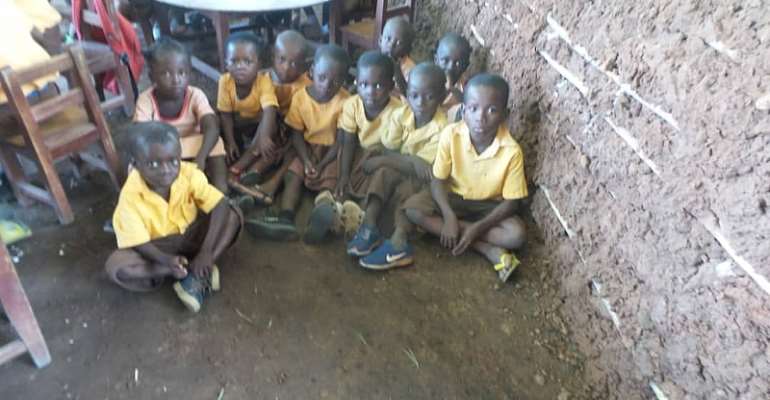 Education at Kragyie, a community in the Kwahu South District of the Eastern Region is on the brink of collapse over serious infrastructure deficit.

The school which has no Headmaster has only four teachers taking charge of Nursery one to Class six, with the whole population of the school sharing a three mud classroom block.

The lack of infrastructure is affecting teaching and learning at the only basic school in the community, Kragyie D/A. School.

Nursery to class one uses one classroom hence there is less concentration during teaching and learning due to the large number in the classrooms, a teacher stated.

Speaking to Bryt FM News, a teacher by name Mr. Amoba Abraham made a passionate appeal to the government, civil society organizations and individuals to come to the aid of the school.

The muddy buildings that serve as classrooms were constructed with the voluntary financial contribution of community members in their bid to provide a basic school for their children.

Bryt Fm News understands that aside congestion, there is also a shortage of desks which compelled three or four pupils to share one desk.

“We refused to go to school due to the absence of desks for us to sit on", Bryt Fm News discovered from students.

The pupils explained a typical school day is filled with them sitting on the floor to fulfill all class-related activities.

According to them, this routine sitting on the floor has left them with all sorts of waist and bodily pains keeping them out of school the following day.

The teachers have not been left out since they attend to their work without a chair to sit on once they retire from class.

The teachers disclosed to Bryt FM News that they sit on the limited desks given to pupils to do their marking.

Those who are unable to get a place to sit have to sit on the floor. This situation has encouraged some pupils who can afford to bring chairs from their homes to do so in order to avoid sitting on the floor.

Some parents who also spoke to Bryt Fm News expressed their worry about the deteriorating condition of the school whiles stressing that no one has shown interest in addressing the plight of the school.

“Everybody is suffering in the school. The teachers and children" a parent said adding her daughter has refused to attend school because of the ordeal that awaits her.

She called on the government to come to the aid of the school since it is the only school the community can lay claim to. 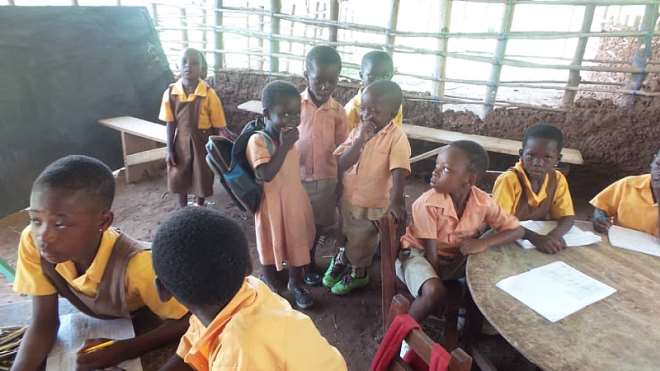 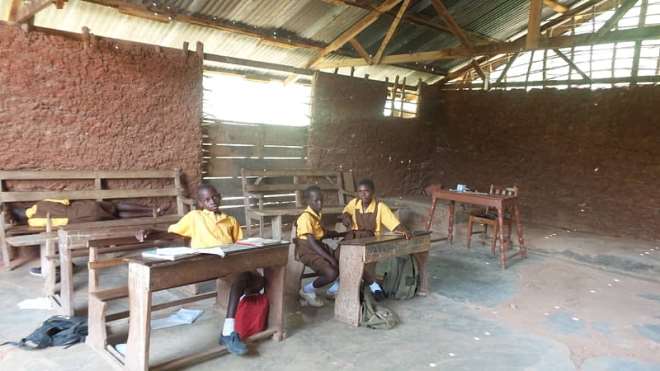 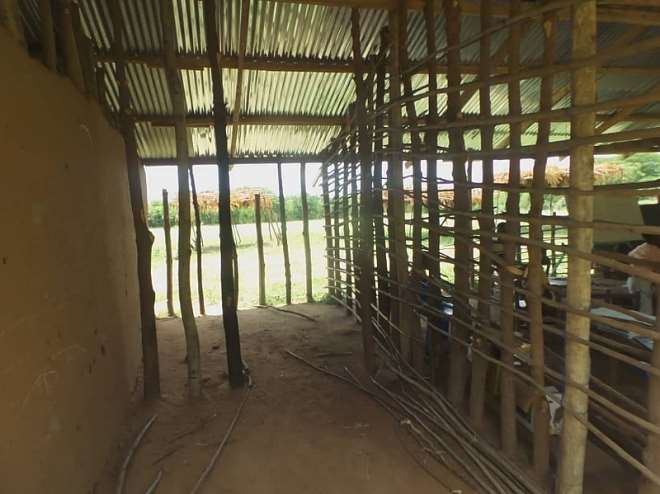